Welcome to the 444th edition of Android Apps Weekly. Here are the big headlines from the last week:

The Pixel-only Game Dashboard feature may wind up on more phones soon. Google hints at such a development in the Google Systems Update changelog. This would give other phone owners the ability to change their performance mode manually. We don’t know which devices or when it’ll happen, but Google says select devices running Android T, so we’ll wait and see what happens.
Google has begun combining Google Meet and Duo. The company plans to bring Meet’s features to Duo and then eventually do away with Meet. The transition began this week with a rebrand of Google Duo to Google Meet, proving once and for all that Google intends to confuse people for all eternity. Hit the link to learn more.
Logitech intends to launch a handheld cloud gaming device sometime in 2022. We don’t usually cover hardware in our weekly apps roundup, but this one is specifically designed for both Nvidia GeForce Now and Xbox Cloud Gaming. It may also support Stadia and Amazon’s Luna as well. There isn’t a lot about the product right now other than its existence is confirmed. Keep an eye out for more details later.
It’s looking like Android 13 is coming sometime in September. A new post from Google strongly suggested that such an event would be taking place. The security notes for Android mention that the next release should come on September 1st, 2022. The thing is, all the betas are out, so the only thing left is the final release until Google releases an unscheduled beta. In any case, hit the link to learn more.
The latest updates to Windows 11 bring better Android compatibility. The update is rolling out to the beta tester right now. It apparently includes better support for input devices. For example, joystick devices will be mappable to WASD for mobile gamers. It’s a welcome addition as many emulators already support input devices like this. We look forward to more from Microsoft.
Google Play is taking steps to clean itself up. Some new changes include banning copycat apps and games, along with banning apps that use specific types of in-app advertising. We don’t know how strict the copycat thing will be. We assume it’ll be strict enough to prevent something like the 800 Flappy Bird clones we saw years ago, but will still allow multiple games in the same genre with similar mechanics. Hit the link to see the types of ads that Google Play intends to ban. 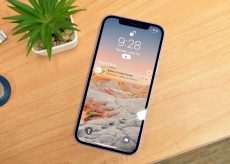 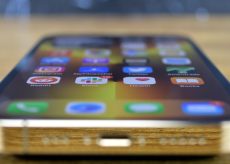