Welcome to the 432nd edition of Android Apps Weekly. Here are the big headlines from the last week:

Netflix is speeding up its ad-supported plan and blocking password sharing. It may unveil the changes sometime in late 2022. The report stemmed from a memo to employees about Netflix doing exactly that. Netflix seems to be reacting to the massive loss of subscribers and is trying to find ways to get people back. Of course, streaming fatigue is a thing and Netflix still can’t figure out that one.

One of the big announcements at Google I/O 2022 was the new My Ad Center. It’s a place where people can alter, delete, or otherwise see the information Google collected about them. It’s not terribly different from a website Google already has, but this will be easier to find and use.

Wear OS was another big topic at Google I/O. We’re getting an official Pixel Watch. Google also promised a bigger emphasis on new apps, including some bigger names like SoundCloud and Deezer. We hope they’re serious this time because Wear OS really needs better app support.

Google Wallet is being relaunched by Google. The new version is not much different from the old one. You input your payment cards, tap to pay, and you can store stuff like membership cards. This new version also includes support for driver’s licenses along with digital car keys. Those are new additions to the Android OS and it was a matter of time before we saw support for it.

Nothing Launcher expanded its reach to new devices this week. It’s not available to all devices running Android 11 or higher. We’ve seen some seriously mixed reactions to the Nothing Launcher, but it does have the potential to be better. Hit the link to learn more. 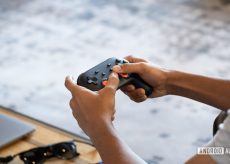 Google Stadia lagging, disconnecting, or not working? Here’s how to fix it 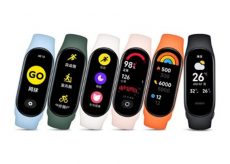 Does the Xiaomi Mi Band 7 have NFC?