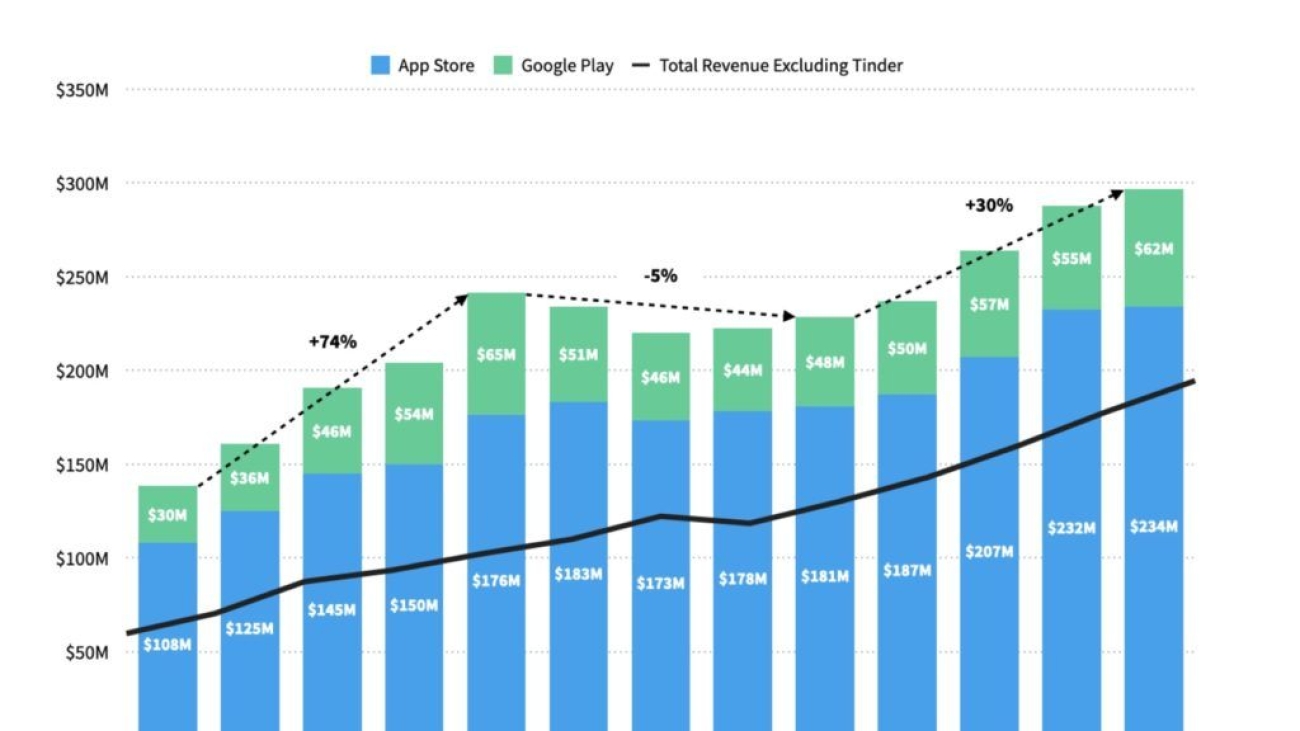 US consumers spent up to 30% more in lifestyle apps in Q1 2021 compared to the previous year, according to new data from SensorTower. The category attracted spending of almost $300 million during Q1. The compound annual growth rate of the category was almost 50% since 2018 and for the first time, lifestyle apps saw 151 million first-time installs in a quarter. Growth adoption was driven by Android users. Google Play installs reached 69 million in the last quarter, up 30% at a share of 46% downloads – the highest since Q1 2018. The Match group portfolio of apps which focuses on dating apps took seven of the 10 spots among the top 10 dating apps in terms of US consumer spending. Match Group apps