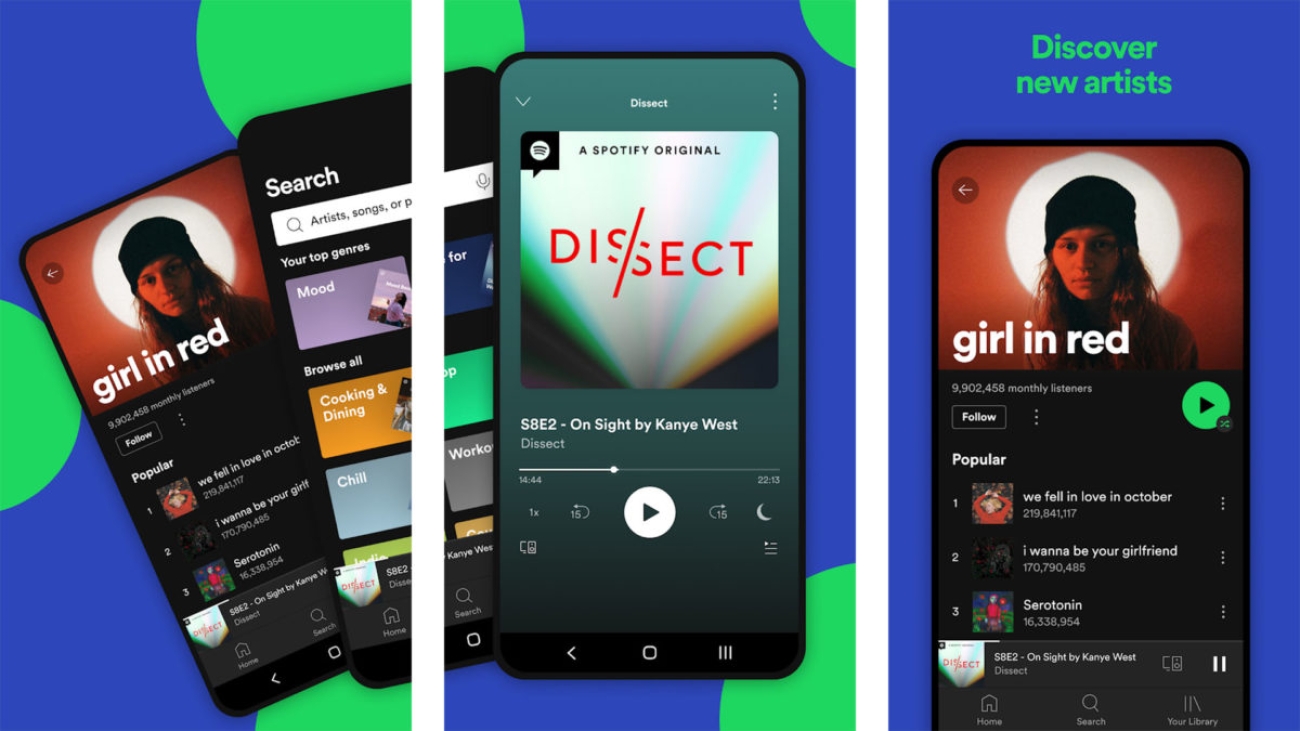 Google Nest Home is one of a few smart platforms out there. It’s also one of the better ones. There are three Google Nest Home devices to choose from: Google Home, Google Home Mini, and Google Home Max. Of course, you also want them to do everything you need them to do. Hopefully this list helps. We chose apps for a couple of reasons. The first is native support. All of these apps should work perfectly on any Google Home device. The second is phone support. Thus, you can use these apps on both Google Home and your smartphone for a more seamless experience. Let’s check out the best Google Home apps available right now. Just below, we also have a list of all the stuff that Google Home can do! We also highly recommend checking out this list of Google’s smart home partners.

Google is also in the middle of a rebranding right now. For instance, the Google Home Mini is now the Google Nest Mini. These apps all still work regardless of what Google calls it. Finally, most of the improvements that come to Nest Home products are internal, so keep an eye out for updates to the platform from Google directly.

There are a variety of music apps with Google Home support. However, these six (Spotify, Pandora, Deezer, TuneIn Radio, and iHeartRadio) are probably the best. Spotify and YouTube Music focus mostly on playlists, on-demand content, and extra stuff like podcasts. iHeartRadio and TuneIn radio are mostly for things like radio stations, playlists, and talk radio. All of them work extremely well with Google Home devices as well as Google Assistant. Additionally, these music apps also have fewer regional restrictions than other Google Home apps with music. We appreciate it when music streaming services have native support for things like this. All of these do.

IFTTT is a must for any Google Home apps list. It lets you create custom commands on Google Assistant and Google Home. There aren’t a whole ton of restrictions on what IFTTT can do. You can use it to automate tasks with Google Home, add some functionality that isn’t already there, and more. Google even posted some IFTTT recipes on IFTTT’s site for Google Home and Google Assistant users. The recipes make it easier to setup various automated activities. There are a bunch of user-submitted ones as well that work great. That’s about as good as praise gets. IFTTT is completely free with no in-app purchases or ads.

Netflix and YouTube represent your best options for video streaming on Google Home devices. There are a few more options like Viki, CBS (via its All Access app), and CW. However, none of those have the width or breadth of content that Netflix and YouTube does. YouTube TV is also an excellent option, but only if you’re in the United States. Both apps have direct support for the Google Home and Assistant platform. That means you can simply ask it to stream shows or videos you want. Netflix starts at $8.99 per month and ranges up to $15.99 per month. YouTube is free, but it also has optional subscriptions for $12.99 per month. The two together make for some great binge-watching fun with full Google Assistant support. We hope Hulu gets its act together so we can include it here too.

Philips Hue and LIFX are two smart light makers. Their lights are arguably the best options when it comes to smart lighting in your home. Their Google Home integration is top-notch as well. In fact, many use one of these two to show off Google Home commands in YouTube videos. Smart lights are a fun way to start a smartphone project. There are other lighting hardware companies like Nanoleaf, LIFX, and others that also work with Google Home. However, we found Philips Hue and LIFX to be the most accessible among them.

Todoist is easily one of the better Google Home apps. It has direct integration with Google Home devices and Google Assistant. Additionally, it also has a Google Chrome extension (covers most other platforms), an Android app, an iOS app, and a Microsoft Windows app. That gives it a noticeable advantage against other to-do list apps in this space. The free version allows for up to 80 active projects, collaboration features, and organizational features. The pro version adds stuff like reminders, task labels, and more. We’re not crazy about reminders being a premium-only feature. However, everything else about Todoist is basically perfect.

There is a surprising amount of support for Xbox on Google Home devices. You simply connect your Xbox account to your Google Home and you can do most basic tasks through voice commands. Some examples include recording gameplay, pause and play media, changing the channel (if you use your Xbox as your cable box), launching games, and turning the console on and off. Some users find the functionality a bit glitchy, but by and large, most are able to do what they need. You can learn more about the various commands here if you want. Unfortunately, PlayStation doesn’t have this functionality as of the time of this writing.

See also: Xbox history: From new kid on the block to household name

TV (and live TV) are some of the most popular Google Home apps. The best in this bunch is YouTube TV. It lets you watch live TV over your Google Home with a simple voice command. Some other TV apps with Google Home integration include CBS All Access, HBO Now, STARZ, and Google Play Movies and TV. The prices for all of these vary with YouTube TV being the most expensive. However, it also includes dozens of channels whereas all of the other ones only include one channel or, in the case of Google Play Movies and TV, content that you have purchased. These pair extremely well with the video streaming apps listed above.

Here we have the obligatory nod to Google’s own apps. Most of them work on Google Home, including Google Keep, Google Calendar, Gmail, Maps, and many others. Frankly, until these smart speakers become more ubiquitous, we recommend sticking to the platform’s native stuff whenever possible. In other words, you should probably just use Google Calendar, Gmail, Maps, etc because there aren’t a ton of competitors in this space for smart speakers, yet. Additionally, competitors that do work in this space simply don’t do it as well as Google’s apps, yet. In any case, most of Google’s apps are free and relatively easy to use. Support for some features may be limited in some regions, though, so do beware of that.

See also: How to use Google Drive: Everything you need to know

There are tons of smart home hardware that works with Google Home. However, Nest is owned by Google. Their stuff just seems to work a little better with slightly tighter integration. Nest sells hardware like smart thermostats, doorbells, alarm systems, smoke and CO detectors, and even security cameras. There are other options for basically all of those things. We linked to Google’s list of supported hardware products back in the first paragraph. However, much like Google apps, Nest works rather well with Google Home specifically. We recommend looking into it at least. Also, no, this list is not sponsored by Nest.

See also: What is a smart home, and why should you want one?

Uber and other Google Home apps

This list contains a bunch of Google Home apps that also work with Google Assistant on mobile devices. However, there are some Google Home apps that only work on Google Home and not on mobile. We dislike that gap in features between platforms, despite them both being powered by the same thing. However, that doesn’t mean that these apps don’t work well. Some examples include Uber to hail a ride, Domino’s lets you order pizza, and there are a variety of others. Instead of linking an app, we have linked Google’s extensive list of compatible apps, commands, and integrations with the button above. We highly recommend skimming it.

If we missed any great Google Home apps, tell us about them in the comments below! You can also click here to check out our latest Android app and game lists!

Best Google Home features
The complete list of services with Google Home support
Google Home commands – a look at all you can do
Google News app hands-on: The be-all-end-all news aggregator