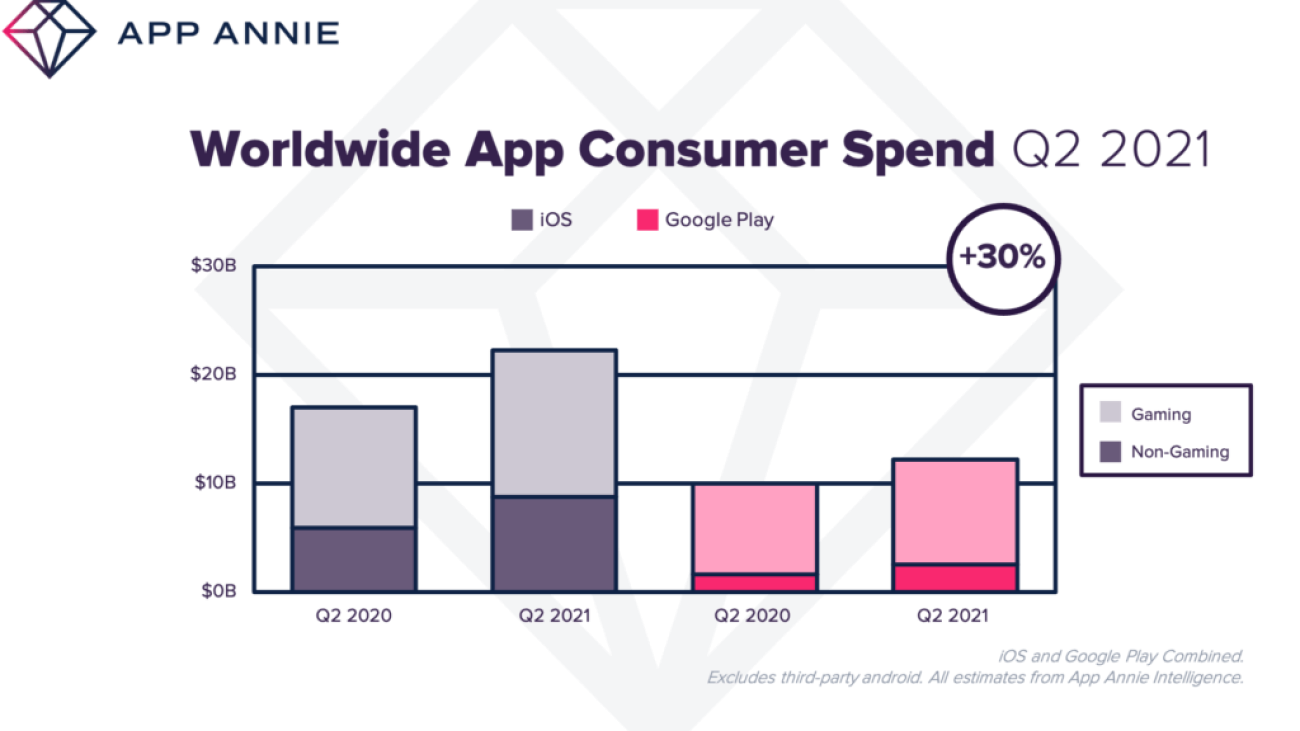 Consumers spent a record-breaking $34 billion on apps in Q2 2021 according to new data by App Annie. Total app spend was $7 billion higher than for Q2 2020 and up $2 billion on Q1 2021, painting a healthy state of the app economy. Spending on the App Store grew 30% year-on-year to $22 billion while Google Play spending shot up 20% to $12 billion. Despite hardware saturation, consumers continue to invest in apps and predicted slow-downs have yet to happen. Download remained stable at 25 billion on Google Play while iOS downloads came in at 8 billion for the quarter. What these findings highlight is that consumers are becoming more comfortable with spending money in-app. Video streaming apps are some of the top performers

The post Consumer spending in apps breaking records at $34 billion in Q2 2021 appeared first on Business of Apps.