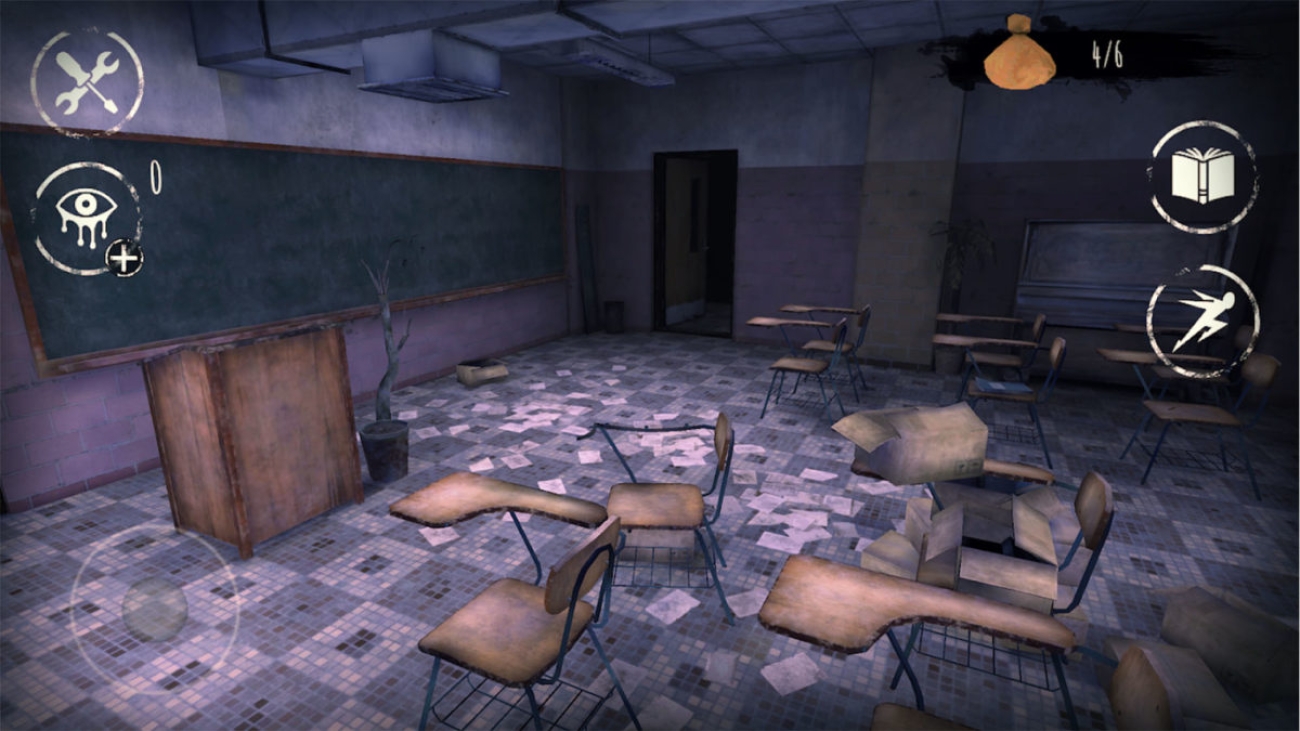 Alter Ego is something unlike most other games. You proceed through the game trying to figure out who you are. The game asks the player personal questions that they answer. From there, the game proceeds. It also has multiple endings as the game world changes to fit your interpretation of it. The monotone color scheme and creepy vibes make it a fit for this list, but no parts of it are actually scary.

Danganronpa: Trigger Happy Havoc is a visual novel game. You and other students are dragged into Hope’s Peak Academy. From there, one of you must murder another one without getting caught. They are taunted the whole time by a stuffed bear that acts as the headmaster. This is actually a port and a fairly competent one. The controls adapt well for mobile phones and everything feels pretty good. The game is rather expensive and it doesn’t run well on lower-end hardware. Other than that, this a really good game. The sequel is also available on Google Play here as well.

Get it on Google Play
Read more: The best visual novels for Android

Dentures and Demons is an adventure game with thriller and horror elements. You follow a detective as you unravel the mysteries of Varedze, where weird things happen. Players solve puzzles, try to uncover the culprit in a string of murders, and test your wit. The game has a certain level of very dark humor so don’t play this one if dark humor offends you. The sequel is also available on Google Play here. Both games are relatively inexpensive and free on Google Play Pass if you have it.

Distraint 2 is one of the best examples of psychological thriller games. You play the role of Price, who sold his humanity to get a partnership at a large firm. It’s heavily narrative-driven, with a big cast of characters and plenty of story for the player to play through. The game was handmade from the bottom up and the presentation is simply delightful. The first game in the series (Google Play) is also quite good. Both games are premium games with no in-app purchases or ads as well.

Get it on Google Play
Also try: The best horror games for Android

Eyes might creep a little bit into traditional horror territory, but it does cause anxiety. You break into a mansion at night and a monster starts chasing you. Your goal is to stay ahead of the monster. Every room in the mansion is creepy and you must hide from the monster as you make your way out. There is also a hospital and a desolate school to play through as well. Some other features include a sandbox mode, a make-your-own monster mode, and some other goodies as well.

Fran Bow is an adventure game about a girl struggling with a mental disorder. Fran witnesses the gruesome murder and dismemberment of her parents so suffice it to say that she has some trauma. After a dream, she decides to escape her confines at the mental hospital. Players can self-medicate to open a world where they can find stuff and solve puzzles. Plus, the people at the mental hospital are pretty creepy. There are five games in the series right now and each one costs $1.99. This is one of the classics in the genre on mobile and we highly recommend it.

Get it on Google Play
See also: The best Android escape games

Getting Over It with Bennett Foddy

This is something a little bit outside the box of what you’re probably used to. It’s similar to games like Sexy Hiking or QWOP where players have an unnecessarily complex string of controls that they use to progress. This one has you climbing a mountain. The game is made specifically to make you angry. It’s completable in about two hours, but some people never reach the top. Messing up even once makes you lose all of your progress. It’s not scary in any way, but the level of anxiety I had when playing it was palpable.

Thimbleweed Park is another mobile classic in this genre. Thimbleweed Park is a small community with 80 people and all of them are crazy. The town is filled with haunted spots, abandoned buildings, and weird things like toilets that run on vacuum tubes. At its core, this is a mystery-adventure game where you try to unravel a murder. The game has five playable characters, various puzzles, two difficulty levels, and English voice acting. This one should probably be more popular than it is.

Tormentum is a dark fantasy game with adventure point-and-click mechanics. The hero of the story wakes up in a nightmare and can’t remember anything. Players take this hero through the game world to figure out what is going on. The developers boast about 4-6 hours of game play through a surprisingly good-looking and haunting landscape. There are also puzzles to solve, three realms to get through, and even a soundtrack with over 40 tracks. It also works offline. It’s not traditional psychological horror, but it definitely ticks a few of the boxes and it’s also quite good. The game is available for free on Google Play Pass as well.

Whispers of a Machine

Whispers of a Machine is a Noir. It tells the story of Vera, a cybernetically enhanced investigator. Vera experiences a loss that starts to make her doubt her own sanity. Players decide how the character acts and those actions have an impact on the end of the game. The mechanics are mostly puzzle and point-and-click adventure style, but you play this one for the story, not necessarily the mechanics. In any case, this one is really good and it’s also free on Google Play Pass.

If we missed any great psychological thriller games for Android, tell us about them in the comments! You can also click here to check out our latest Android app and game lists.
Thank you for reading! Try these out too: