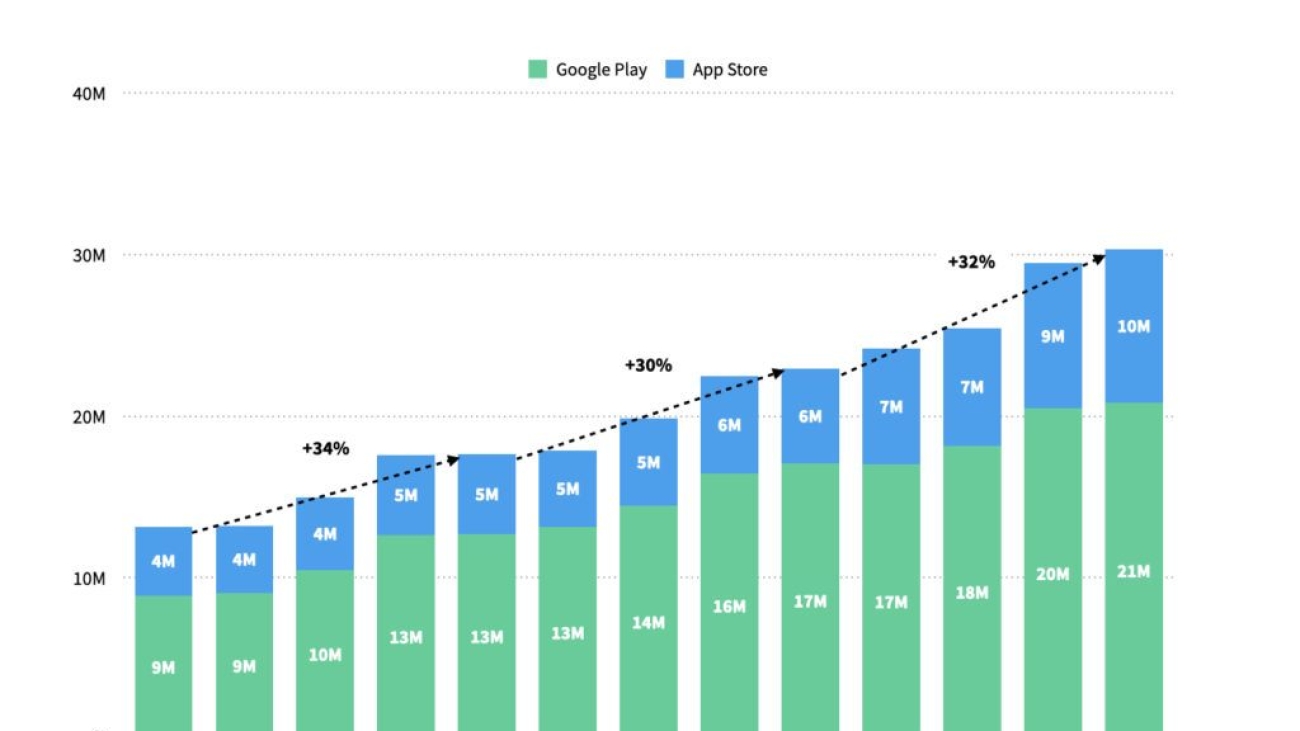 Finance apps had a great year amidst the ongoing COVID pandemic. According to new data by SensorTower, in Europe installs of the top 50 finance apps rose 31% to 102 million in 2020. During Q1 2021, installs were up 32% to over 30 million from 23 million during the same period last year. PayPal and Google Pay were the most downloaded payment apps in Europe, with PayPal adoption stronger in Western and Southern Europe and Google Pay favoured in Central and Eastern Europe. But PayPal installs in Romania and Eastern markets are growing. Monthly installs rose 27% to 1.9 million in April 2002 from 1.5 million in January. When it comes to money transfers, payment app Western Union continues to lead the app charts with

The post Finance app installs grew 31% in 2020 appeared first on Business of Apps.