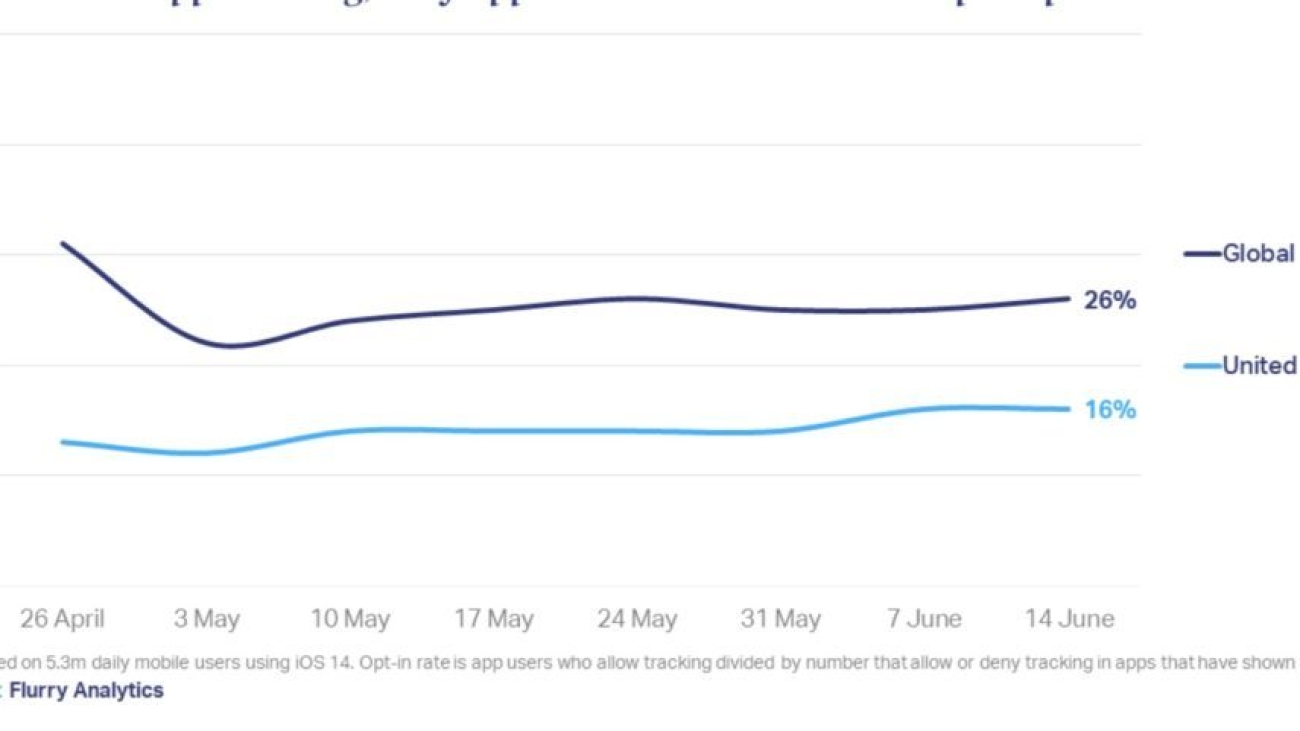 It seems that opt-in rates for app tracking on iOS 14.5 aren’t changing as much as app marketers may have hoped they would. Flurry Analytics has been tracking opt-ins steadily over the past few weeks and the data shows that only a quarter of Apple users are opting in on iOS 14. According to the latest June update, some 26% of global app users allowed apps to track them on Apple devices. This figure was much lower in the US at just 16%. Apple previously allowed marketers to track user devices with its Identifier for Advertiser technology. But users are now able to reject this tracking by simply not granting permission to apps. All developers must ask for permission to track users. Although only half

The post A quarter of global app users consent to tracking on iOS 14 appeared first on Business of Apps.