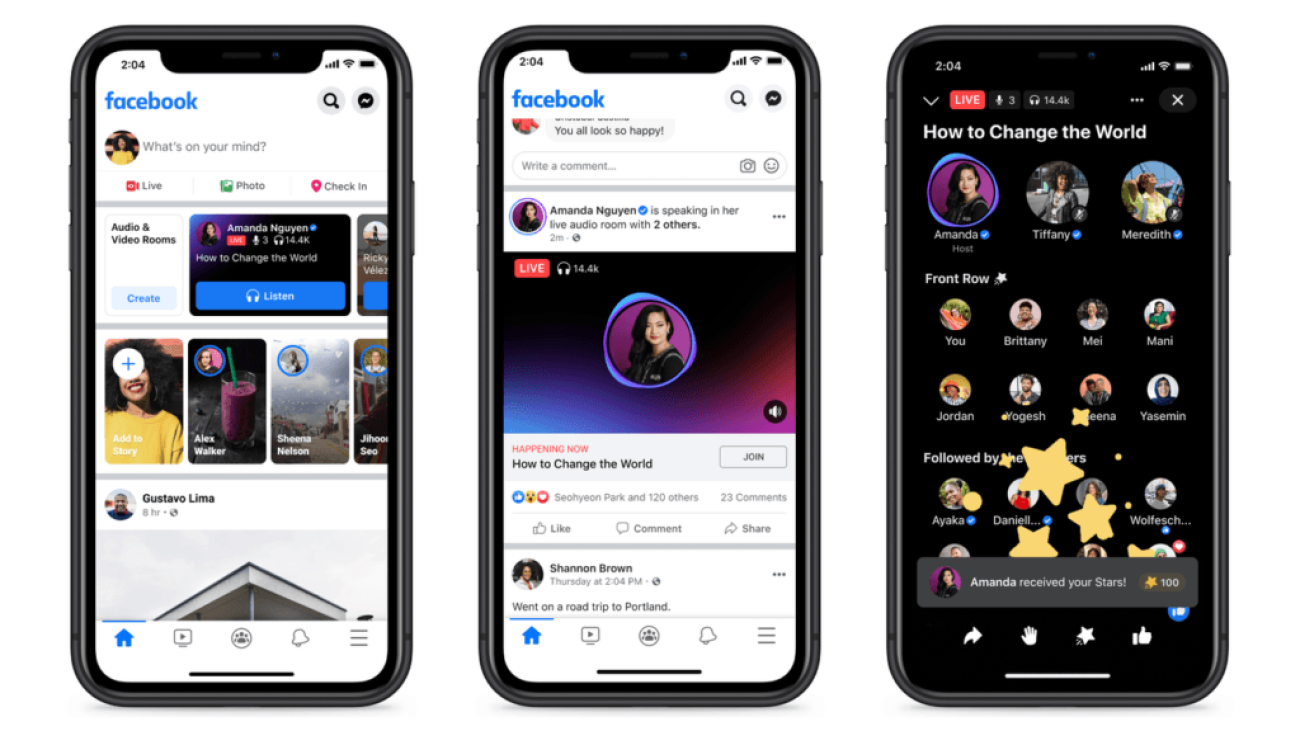 Facebook has been working on a range of audio products to rival Clubhouse and Co. Now, the social network officially launched its Live Audio Rooms in the US on iOS only. For the launch, the company partnered with select public figures and a dozen Facebook Groups as well as podcasts, but it will be open to all over the coming months. All Facebook users will be able to listen to Audio Rooms and podcasts from this week. Live Audio Rooms function similarly to Clubhouse. The host’s profile is shown at the top of the screen and listeners are shown at the bottom. The active speaker is indicated with a ring that glows. Users can raise their hands to speak but they need to be permitted