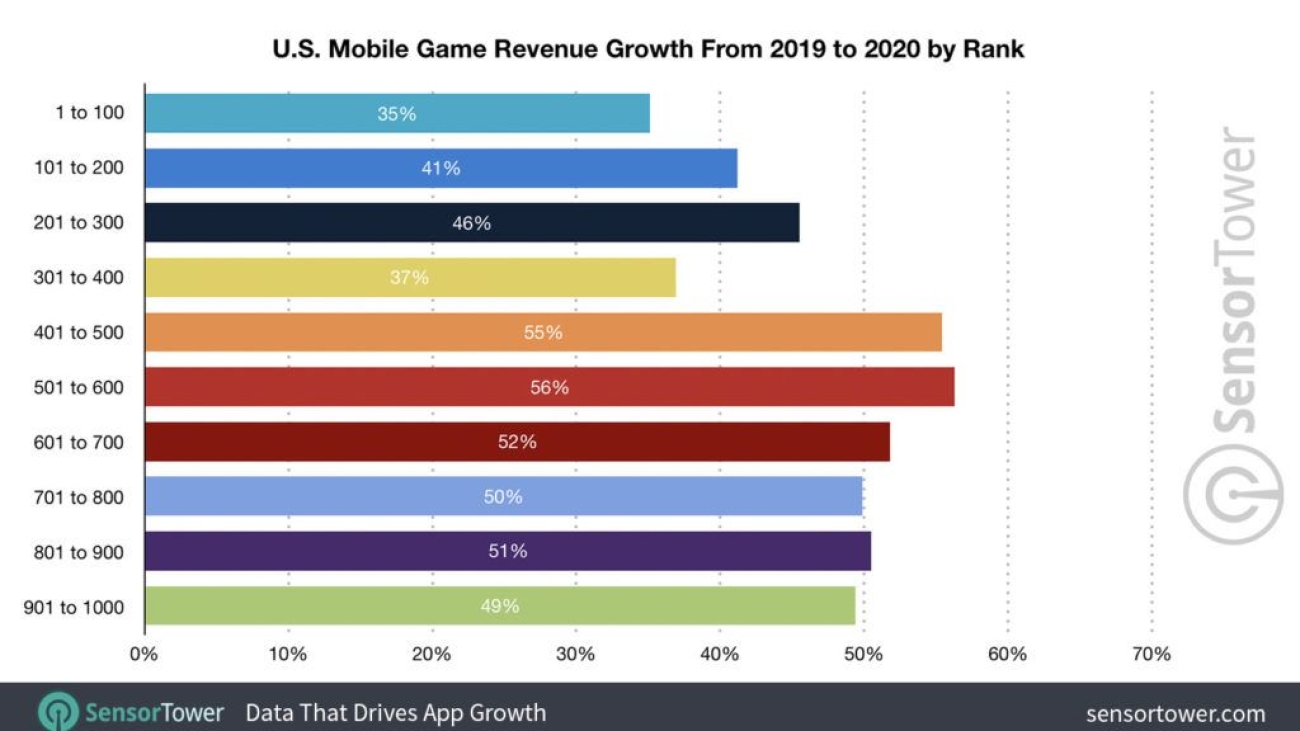 The leading 100 mobile games in the US for revenue accounted for 64% of all player spending which is a near 5% rise over spending in 2017. That’s according to new research from SensorTower which examined the data between 2017 and 2020 for the global mobile games market. Although the overall share of revenues has somewhat declined for the top 100 games in recent years, player spending shot up 35% between 2019 and 2020 to $14.4 billion. Among the top 10 revenue generating mobile games, player spending in the US rose 27.2% to $4.2 billion last year while the shares of their revenues dropped some 1.6 percentage points. Worldwide, the market was slower compared to the US for the top 100 games in terms of

The post Top mobile games account for 64% in player spending in US appeared first on Business of Apps.