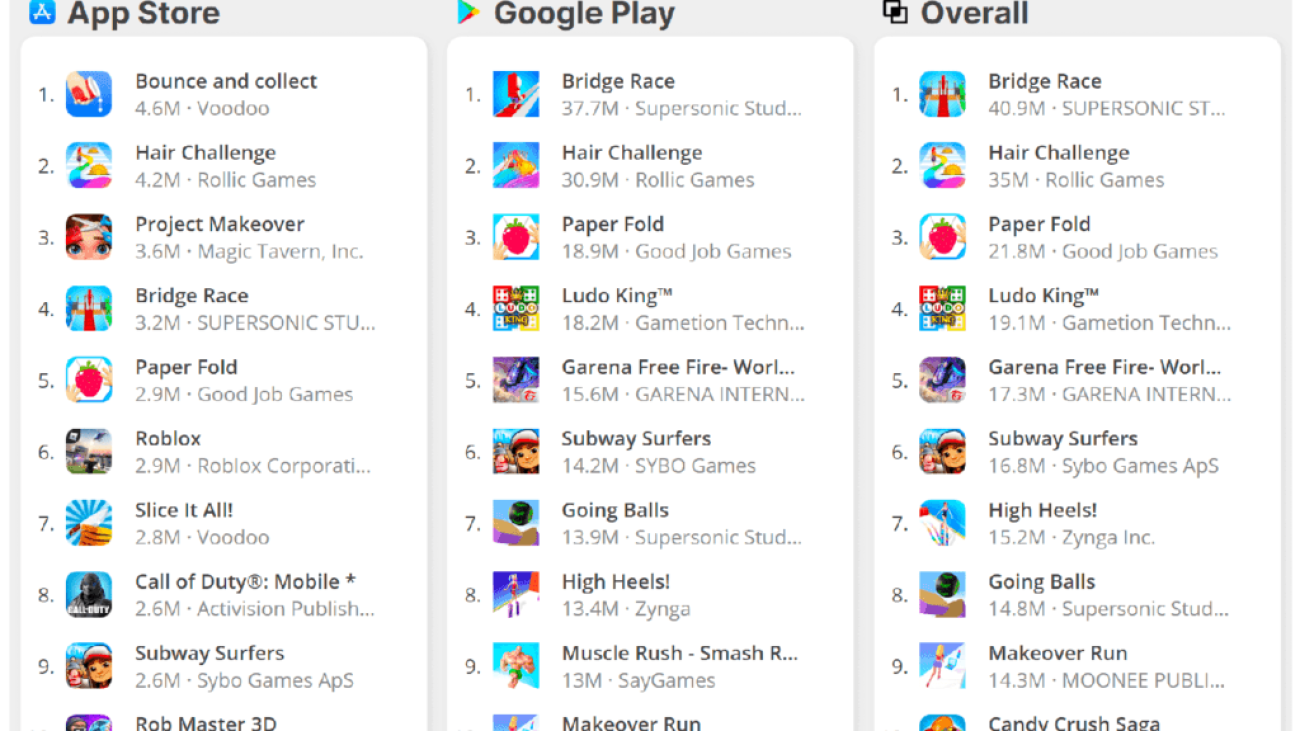 The most downloaded game in May 2021 on the App Store was Bounce and Collect, according to data released by AppFigures. The game scored over 4.6 million new users last month. Meanwhile, Bridge Race jumped to the top of the Google Play charts with 38 million new users. That’s an increase of 55% over April. Bridge Race saw downloads total 41 million in May which makes it the top downloaded game across both app stores. The data shows that there’s no stopping when it comes to mobile gaming despite economies slowly lifting out of pandemic lockdowns again. The top 10 most downloaded games saw downloads jump to 209 million times last month, which is 17% higher than the previous month. However, most app markets are

The post Top 10 mobile game downloads climb another 17% in May appeared first on Business of Apps.