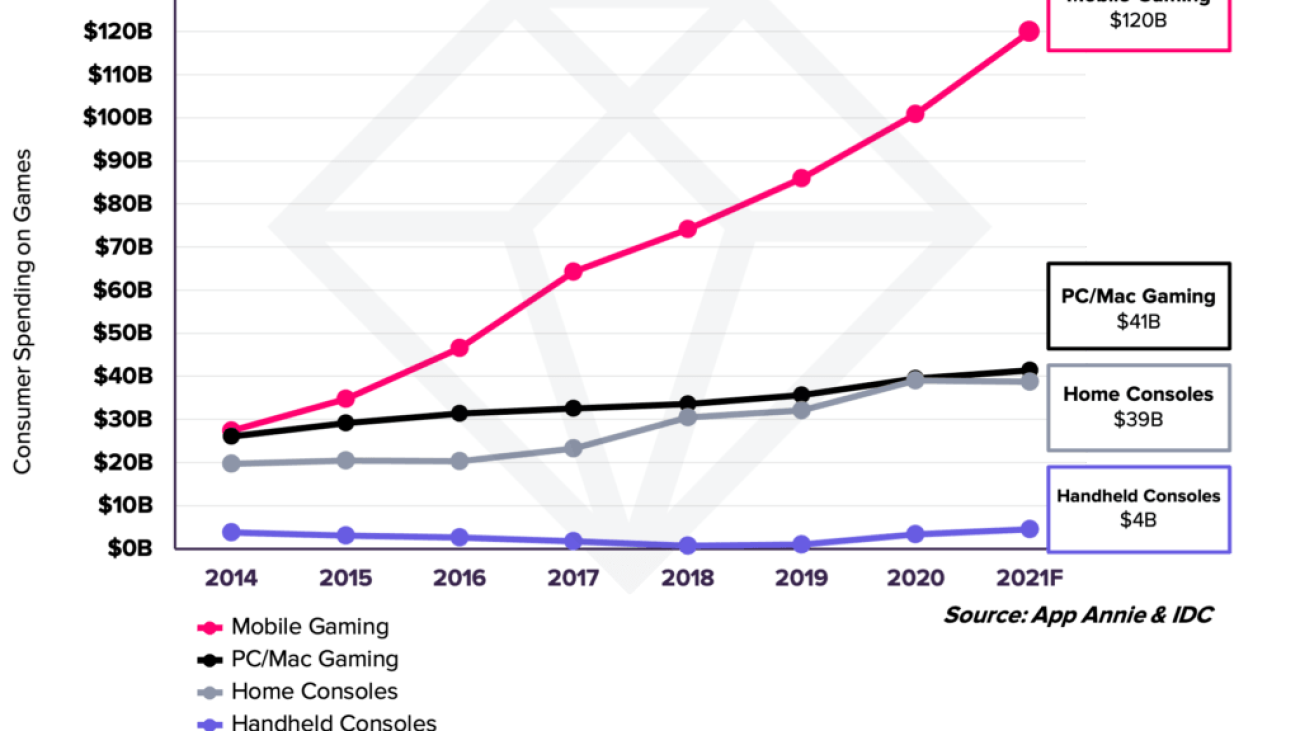 Spending on mobile games is set to jump to 2.9x over desktop gaming and 3.1x more than home gaming consoles. That’s according to App Annie’s new Gaming Spotlight 2021 report.  Users downloaded 30% more games in Q1 2021 compared to pre-pandemic levels and spent some $1.7 billion in app stores, which is 40% higher than before the pandemic. The US and Germany led growth while APAC makes up around half of mobile game spending in Q1 2021. Top grossing games includes Lineage M, Lords Mobile and Roblox. Games that allowed for cross-playing are gaining in popularity and appetite for hyper casual and simulation games was also higher during the first quarter. “The smartphone platform has brought the joy of gaming to global users at an

The post Users spent 40% more on mobile games in Q1 2021 appeared first on Business of Apps.