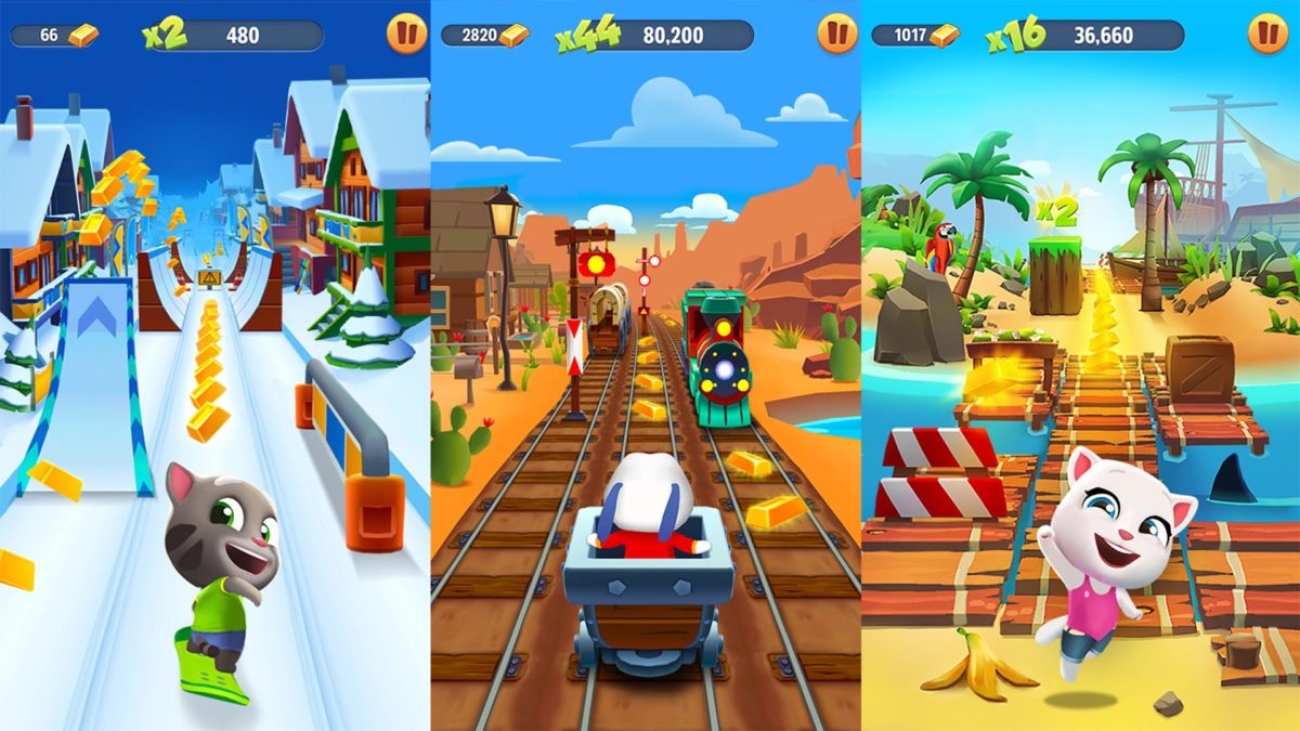 Animals make for great characters in games. They can replace human characters rather easily. Thus, there are a variety of games out there with animals as the cast. We were originally going for games that you can play with animals. However, as it turns out, the best games for animals involve going outside, physical toys, and not being on a phone. The exception, of course, are cats, and we have that list linked just below. Thus, instead of scrapping the idea, we decided to check out a bunch of great games that revolve around animals instead. Here are the best animal games for Android!

The best animal games for Android

Animal Crossing: Pocket Camp is Nintendo’s official Animal Crossing game on mobile. It has a lot of elements of the classic Animal Crossing games long with some mobile game stuff too. You create a campsite for animals, find ones that need help, and even craft stuff. There is a social element where friends can share gifts. It’s otherwise a fairly straightforward game experience. If we had any critiques, it’s that the game is a little slow. There isn’t a ton of stuff to do. Those who want something a little more exciting may need to keep looking. That said, it’s a relaxing game, at least.

Crossy Road is this generation’s version of Frogger. Players guide a chicken as it crosses many roads, streams, and other small obstacles. The goal is to move forward without being run over by cars or falling into the water. You start with the classic chicken to cross these roads. However, there are a metric ton of unlockable characters as well. There is also a Disney version of this with some classic Disney animals as well. It’s family-friendly, has an online mode, and you can even play it on your Android TV. It’s an easy recommendation from us.

Farming Simulator 20 is one of the best farming simulators on mobile. It has many farming activities such as growing and harvesting crops and raising, breeding, and caring for various farm animals. The game focuses on realism and contains over 100 vehicles and above-average graphics. The animals are a smaller mechanic within the bigger game, but there are enough elements to justify a spot on the list. This is a premium game at $5.99, and you can buy some upgrades in-game if you want. The in-app purchases are entirely optional.

See also: The best farming games and simulators for Android

Hay Day is a game by Supercell, the same developers of Clash of Clans and Clash Royale. This is a farming game similar in style to games like FarmVille. You plant crops, tend to animals, and make products from the fruits of your labor. It’s a simple farming game. Those who want something more complicated can try out something like Farming Simulator 18 or other similar games. It’s another easy recommendation for us with many animals and some other farming simulator stuff.

Ice Age Village is one of the oldest animal games on the list. It’s a Disney game, and it has a bunch of characters from the Ice Age franchise. It’s a city-building sim. You bring a bunch of animals in, and they build families. You make sure everyone has a place to stay, play some extra mini-games, and collect rewards as you play. This is one of several above-average sims with a bunch of animals in them. ZooCraft is another decent one, as is Dog Town, among others. They are all freemium games, but they’re otherwise quite fun and even family-friendly for older kids. The only real problem is the endgame starts peer pressuring players to make purchases, but you can still unlock most things without money.

My Tamagotchi Forever is a mobile remake of the popular toy from the 1990s. You take care of an animal by raising it, feeding it, playing with it, and cleaning it. It features a bunch of mini-games and other stuff to do. This one also includes an AR mode as well to explore the Tamagotchi world. There are several good games like this, such as Pou. In addition, Google Play developer Mawges has really old-school virtual pet apps. They all have slightly different elements, but the basic ideas are the same.

Rodeo Stampede is a runner-style game from the venerable Yodo1 Games. You play to collect various animals in the game. The animals are added to your zoo after each stampede. The goal is to collect them all. You ride an animal during the stampede and avoid obstacles. Players also lasso animals to keep for themselves. It’s a neat little runner experience because it has that extra collection element, so there is a reason to keep playing over and over again. Plus, it’s full of animals!

Super Phantom Cat is another platformer with a cat. This one is a fairly traditional 2D, side-scrolling platform. You avoid obstacles, jump on bad guys, and complete levels. It has many elements that you’ve seen in previous platformers, like changing the way blocks look to get around them and stuff like that. Even the micro-transactions are minimal and unnecessary to enjoy the game. There was actually a sequel to this one, but it seems the developers took it down.

Talking Tom is the original animal game. The series has expanded into a variety of different games. You get sim games like My Talking Tom 1 and 2, a runner with Talking Tom Gold Rush, and, of course, the original series. Those include Talking Tom, Talking Angela, Talking Ginger, and several others. None of them are deep games. However, they cover several genres, and they aren’t a bad way to kill a few minutes. Plus, the Talking Tom games are very kid-friendly, even for younger kids. There’s a reason these games are so popular. Plus, My Talking Angela 2 is coming to Google Play sometime in the summer of 2021 so the games are still being released.

WildCraft is a bit of a diamond in the rough. It’s an adventure RPG with some simulation elements. You start as a wolf, fox, lynx, or other wild animals. Players then raise a family, survive the elements, and fight off threats. It’s not going to blow your mind with its mechanics. However, it’s definitely something a little different than the other, somewhat fluffier animal games we have on the list. We would like to see more quests and content to play through. It’s a surprisingly decent game.

If we missed any great animal games for Android, tell us about them in the comments! You can also click here to check out our latest Android app and game lists!