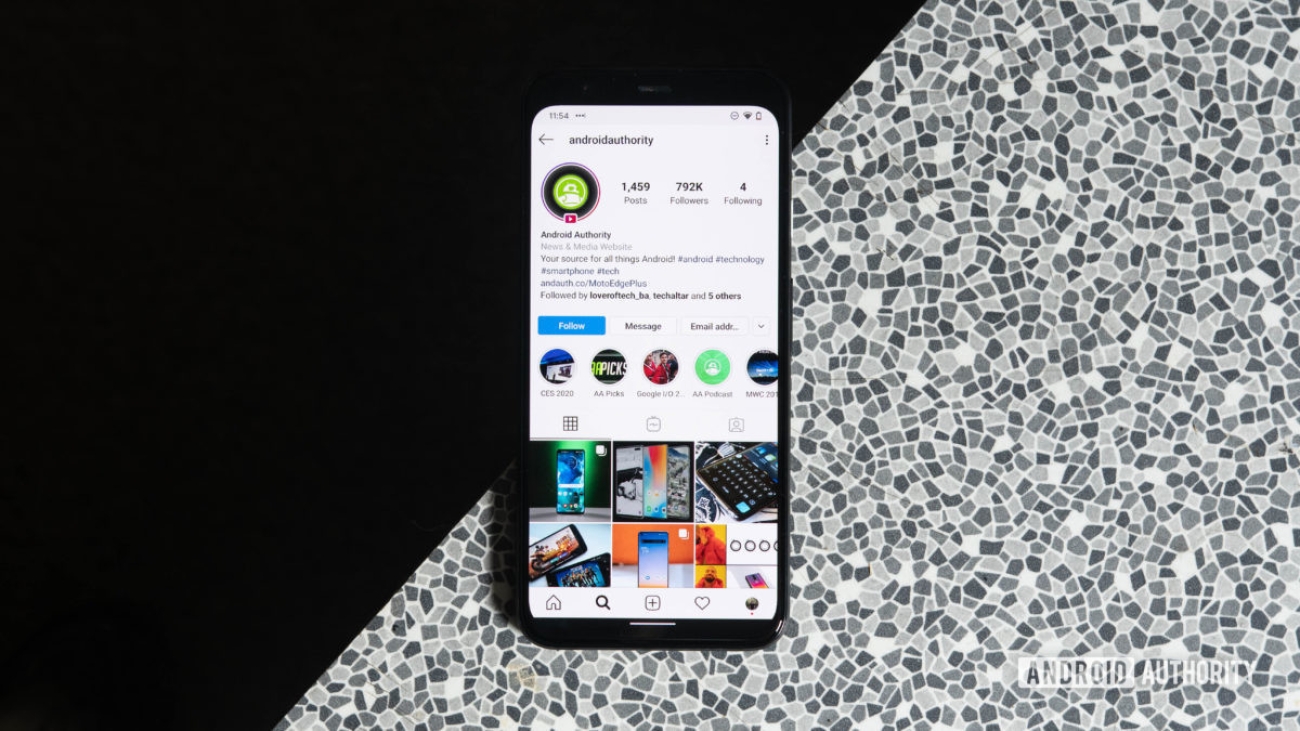 Social media connects people in a variety of different ways. Over a billion people use social media in all of its forms. There are a lot of different ways to express yourself online. Some sites like YouTube or Twitch let you do it with video. Meanwhile, Snapchat and Instagram focus more on photos. Twitter and Facebook focus primarily on text first. There is something for everyone out there and some fun other options as well. Even some group chat apps like Discord and others have some social media elements to them these days.

There are also some apps that have social media elements but aren’t actually social media. One such example is the dating app scene. You create a profile, chat with people, and find new people to talk to. We won’t include dating apps here but you can see our best dating apps list here if you want to. Here are the best social media apps for Android!

Facebook is the largest social media company on the planet. It’s mostly likely because it controls two of the top three most popular social networks with Facebook and Instagram. You already know all about these. Facebook is a multimedia platform with text posts, photo, video, groups, and chat. Meanwhile, Instagram leans heavily on photo and video content along with its Stories feature. We are bound by logical fact to include both of these apps on a list like this so here they are. Facebook is available at the button below and you can download Instagram here. Facebook also has a ton of offshoots that round out the experience.

LinkedIn is a much more popular social network than some realize. It is predominately for professional use. You create a profile and your profile also doubles as your resume. However, it’s not just about finding jobs. You can network with professionals in the same industry, follow various companies, and chat with folks about various things. LinkedIn’s Pulse feature even lets you blog if you want to. The company has some offshoots as well, including two learning apps (LinkedIn Learning and Lynda), a job search app, and a presentation app.

Pinterest is a popular and unique social media site. It doesn’t focus on people as much as it focuses on things. You find a bunch of you like and pin it to your profile for future reference. This is a popular site for DIY stuff, cooking, fashion, and interior decoration. There are still a ton of other interests for other types of people. It’s not a great one if you intend on talking to other people, but it’s a great place to find neat ideas about the stuff you like.

Reddit is likely the app most responsible for killing forums. It’s because Reddit is one massive forum for basically every topic. That makes it a great social media space. You can find subreddits for jokes, DIY stuff, sports, cooking, tech, and whatever else you can think of. Reddit has a lot of terrible people and a lot of terrible subreddits. However, when you find the good ones, Reddit is a pretty spectacular place. It’s also one of the few sites on this list with a subscription option to remove ads and give yourself some other features. Reddit also has a healthy number of third party options if you’re interested.

Snapchat is one of the most unique options on the list. It’s technically a photo chat app and that’s already pretty unique. It also adds Stories, a profile, and even some location sharing features. The combined efforts make this feel a bit more like a social media app than a messaging app. This one is particularly popular with younger people who enjoy the prospect of sending pictures. In the interest of full disclosure, there is also a fairly prominent NSFW community there as well. Snapchat is one of the best apps on the Internet when it comes to augmented reality tech with its filters as well.

Every Facebook app and what they do
15 best Android apps, ever!

TikTok is the new hotness right now. It works a lot like Vine did. People upload short videos with all kinds of topics and you watch them as they come out. The small, easily digestible content is quite popular with younger generations and it has a ton of content to watch already. It also has the tools to make your own videos with some neat, albeit simple tricks to get the effects you want. A lot of people don’t trust this one and it may even get banned in the US (it already is in India).

Tumblr is a blogging website with plenty of social media elements. You can follow people, write up blogs, share things, and engage with others on the site. Tumblr took a bit of a nose dive in popularity after its NSFW content ban. However, what’s left is still reasonably good. You can find blogs about most topics and, of course, make your own about almost whatever topic you want. Much like Reddit, there are some horrible profiles and people on Tumblr, but you can generally ignore or avoid them most of the time.

Twitch is the most popular video streaming site for gamers. People create profiles, stream their games, and talk to their viewers in real time. Other people join up and chat with each other while they watch someone play a video game or do whatever. Twitch has expanded somewhat away from the gaming aspect and you can watch stuff like Bob Ross. There is also a healthy selection of live music on Twitch.

Twitter is the top website for hot takes. The site goes nuts whenever something happens so it’s also a decent spot to check out when something big is happening. Generally speaking, the super popular site is easy to use and with such short posts (240 characters), it’s easy to digest. Like other social networks, the crazy people can occasionally make Twitter unreasonable and awful, but it is easy enough to avoid those folks. We recommend following entities rather than people, such as your favorite sports teams or news sources.

YouTube is a video streaming service, but it is often categorized as a social network. It has all of the hallmarks of one. Anybody can post videos, comment on stuff, like stuff, and follow stuff. In fact, it’s basically a video platform version of Instagram. YouTube has its ups and downs, but it’s a go-to spot for video content as well as music, even more so than Spotify. This is another one of those obvious ones that everybody knows about.

The above social networks are the most popular there is. However, there are some others brewing in the background. These apps are all pretty decent and could pop off at any point to be the next big thing. Of course, the next big thing could come from anywhere so these aren’t predictions. They are just five more excellent social media apps that don’t always make the headlines.

byte – byte is the spiritual successor to vine. It features super short videos, usually for the purposes of memes, jokes, or super short tidbits of information. For instance, sports highlights worked great on Vine and they would work great on byte. Unfortunately, with TikTok already reeling in users, byte may be left in the dust long term.

Friendster – Friendster is an ancient social network comparatively speaking. It originally launched 2003 and had its ups and downs ever since. It currently has a lot of the same features as Facebook, but the app could definitely use a little work.

Keen – Keen is potentially the next social network from Google. It works a lot like Pinterest. You sign up and start saving things you like to your profile for later recall. It’s super experimental at the time of this writing and we don’t know if it’ll be a thing by this time next year. Still, it has the potential to be something neat.

Mastodon – Mastodon is sneaking up on the world of social media. It’s an open source, decentralized social network. You can create nodes for just about any topic and people can join your nodes as they please. It’s almost like a mix between Google+ and Reddit. It boasts a chronological feed and no ads as well. Of all the apps on this part of the list, Mastodon is the best one.

Okuna – Okuna is an invite-only social network right now and it’s very similar to Google+. Once you create a profile, you can follow social groups and organize your follows into various lists. It has a longer maximum post limit than most other social networks and it comes with some niceties like theming. You can only get in through an invite right now, so even if you do get in, there aren’t a ton of people there yet. We expect a full release of this one eventually and, along with Mastodon, has the biggest chance of getting there.

If we missed any great social media apps (or interesting experimental ones), tell us about them in the comments. You can also click here to check out our latest Android app and game lists!