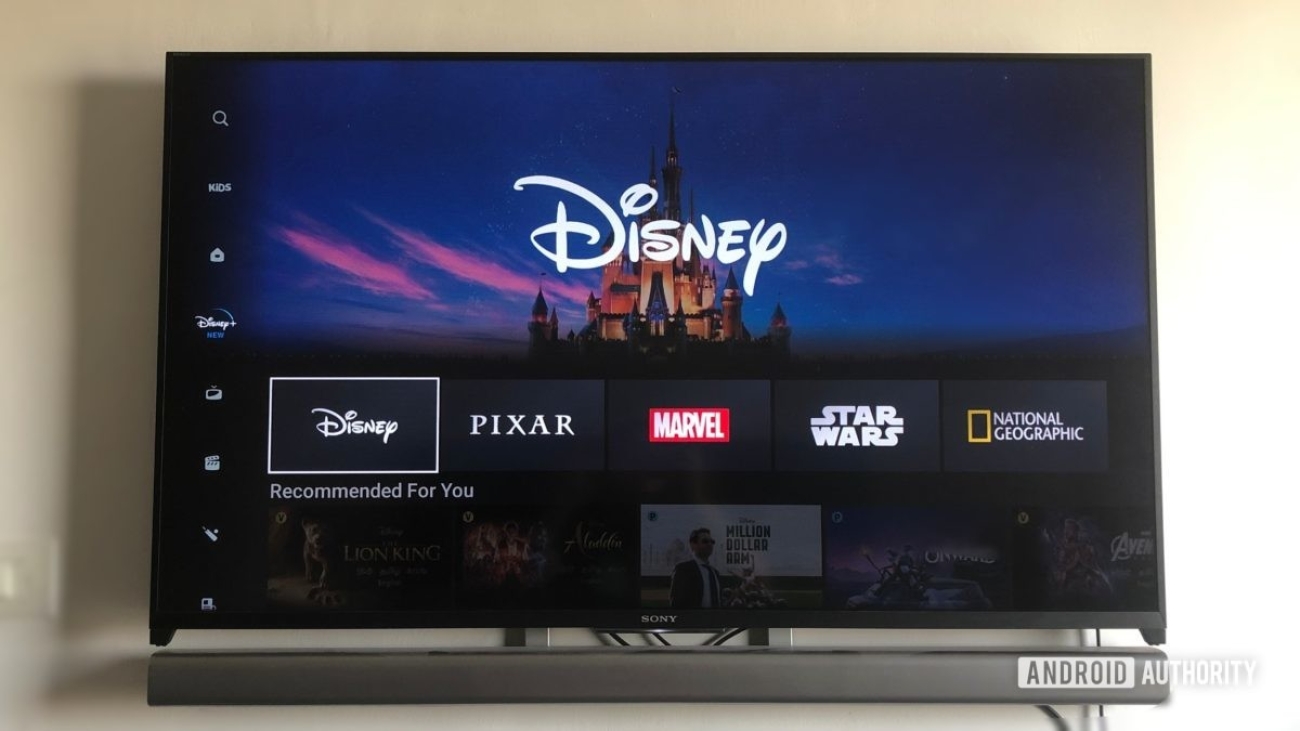 Let’s get the obvious stuff out of the way first. Most streaming services have Android TV apps. The available services include Netflix, Disney+, Hulu, Amazon Prime Video, HBO GO, and many others. All of these apps work just fine on Android TV most of the time. You subscribe to them, get all kinds of original and old content, and you can watch basically whatever you want. The list is almost constantly growing, but the most popular ones remain the most popular, at least for now. A simple search on Android TV’s version of the Play Store should yield basically any streaming you know and maybe a few you didn’t know about.

Most people stream music these days and a lot of popular services are available on Android TV. The list is much shorter than for video (for obvious reasons, TV is a video platform), but it does include some heavy hitters like Spotify, Pandora, Vevo, and iHeartRadio. These function much the same as video streaming sites. You download one, get the subscription (if you want), and use your TV to blast some tunes. Each app has its ups and downs, but it generally comes down to what you prefer rather than any objective comparison. Each one plays tens of millions of songs. Spotify is the heaviest hitter and you can still use Google Play Music until Google shutters the service in late 2020.

Live TV apps hit the world in a big way a couple of years ago. Naturally, most of them are available on Android TV. The list includes Sling TV, YouTube TV, Hulu TV, and a few others. There are also some individual channel apps from stations like SYFY, E!, Oxygen, Brave, USA, and many others. These are great for Android TV owners for the same reason as video streaming sites. It’s even more content you can watch while bored. The prices vary for each one but if a particular channel has a lot of content you want, it’s an easy price to pay. Google also has a Live Channels app to aid in your live TV discovery even further.

Kodi is an excellent app for Android TV owners. It’s an HTPC (home theater PC) UI that controls all of your local music and video content (via USB drive). There are also a selection of channels for things like video streaming, although some channels aren’t actually legal. In any case, this is an excellent place to manage a lot of stuff that you can’t manage through the TV natively or stuff you can manage but it’s not great. This is our first recommendation if you have local music and video that you want to play on Android TV. It’s also entirely free and open source.

Plex was one of the first Android TV apps. It remains one of the best. Its main purpose is to play videos from your computer or phone to your TV. It also works with other types of files like music, photos, and more. The app also allows streaming from various cloud storage sites like Dropbox, Google Drive, and OneDrive. There are even more plugins to make your experience even better. For instance, Plex partnered with Crackle a while back so you can actually stream ad-supported (but otherwise free) movies and TV shows.

Total Commander is one of our picks for the best Android file managers and it is the best solution for Android TV right now. The app can do basically everything you need it to do, including browse files, side-load apps, and just manage your stuff. It also comes with a built-in media player for audio and video files, so you can kill three birds with one stone here if you want to watch local stuff from time to time. It also supports FTP, SFTP, WebDAV, and LAN servers for networking support. The Android TV UI also includes a dual-panel setup for easier management. X-plore also works well if this one doesn’t for you.

TVUsage is one of the newer Android TV apps comparatively speaking. It introduces digital wellbeing features to Android TV. You can actually view quite a few stats with this, including your daily and weekly usage habits. There are some other features as well. For instance, you can limit your daily screen time limit and get reminders when it’s time to stop watching TV. Additionally, it can pin lock any Android TV app (great for those with kids), exclude apps if you want to track usage, and a few other things. This one is super new so it probably has some bugs, but it worked fine in our testing for the most part.

VLC is one of the most stable, reliable video players on Android. It also works quite well with Android TV. It lets you view most local video content. The app also works with music files, but the UI isn’t quite set up for that and it may not be the most seamless experience. In any case, the app supports subtitles (as long as you have the correct files), has an audio equalizer, and more. We said it’s not great for music, but there aren’t any really good music players on Android TV so we recommend VLC first for local music playback as well.

Wake On Lan is a very unique Android TV app. It lets you wake your computer, NAS storage, etc from your Android TV device with just one click. If that didn’t make sense, that’s okay, this one is a bit more for the tech savvy than most apps. With the ability to wake up your computer or NAS storage, you can simply sit down, turn your stuff on in one location, and watch your stuff without any extra work. The app can’t put devices back to sleep. However, there are ways to automate that on your computer anyway. We definitely recommend this one.

YouTube is a bit of a cheap pick for Android TV apps. We admit that. The service has more video than 1,000 people can watch in a lifetime. That includes comedy, tech, music, and even politics if you really want to make yourself angry. You can get an ad-free experience with YouTube Premium for $12.99 per month and that also lets you download videos for offline viewing. The Android TV version of this app has its ups and downs. In some cases, it may even be easier to cast from the app on your phone. Additionally, with the death of Google Play Music, Google integrated a music tab on YouTube to give you access to YouTube Music alongside regular YouTube. That makes it a decent one-two punch for video and audio streaming stuff.

If we missed any of the best Android TV apps, tell us about them in the comments! You can also click here to check out our latest Android app and game lists!