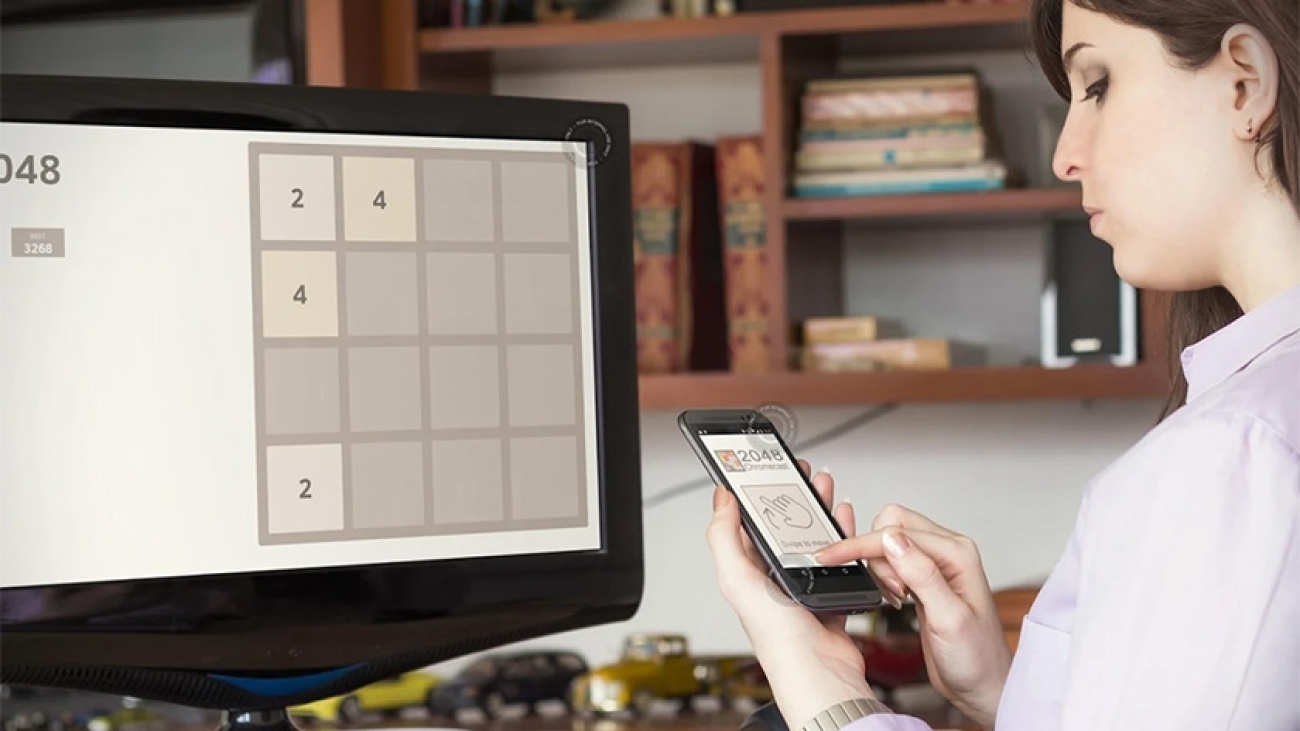 Chromecast games are a super niche product. However, there was a span for a few years when people were kind of into it. However, other mobile gaming initiatives made Chromecast gaming a little bit of a non-starter. Still, it’s a fun way to waste some time with some simple games for your TV. Here are the best Chromecast games for Android! Please note, the vast majority of these haven’t seen updates in a very long time and none of them were ever very good to begin with. This list is mostly for academic purposes because developers don’t really treat this as a viable game system.

DrawParty is one of the newer Chromecast games on the list and another charades style game. Players connect, draw pictures, and the pictures appear on the big screen for people to guess. There is an adult mode and a kids mode along with a few different brush types for drawing. It certainly isn’t as in-depth as something like Draw Something, but it’s good enough for use as a party game. GamingCast is an app with several mini-games for the Chromecast. The full list includes Snake, Pong, Xonix, Tetrominoes, Flapper, and Breakout. Many of those are just variations on simple games with different names. For instances, Tetrominoes is basically an off-brand Tetris. These simple games work well, especially for kids and retro gaming fans. It hasn’t seen an update since 2015 so it’s basically abandonware at this point. It did still work for us, though, and it’s completely free. The Google Home app isn’t a game, but it can let you play games on your Chromecast. Basically, you can use this app to cast your screen to your TV. From there, you can put whatever you want on your phone or tablet. One fun use for this is gaming with a hardware controller. You put the game on the phone, cast it to your screen, and use the controller to control things. The latency isn’t great so don’t expect world record runs on a platformer, but it works well enough. The Jackbox Party Pack is a series of party games. They are cross-platform with iOS and require only one player to actually own. All the other players play over a browser, which is easily cast to a TV. The pacing of the game means latency doesn’t matter that much and it makes for a nice Chromecast game. Each title has several party games, most of which include a goofy premise and humor. You can easily find hundreds of examples of how these games play over YouTube. They work pretty well, but they are a bit pricey.

Just Dance is an interactive dance game by Ubisoft and one of the few Chromecast games with an update in 2019. It uses an Internet connected TV to cast various songs and then you dance to them. A figure on the screen does dance moves and the challenge is to dance the same moves the figures do. There are many complaints about connection issues on the Play Store, but the game worked fine for us once we got it connected. It also features 400 songs, including 40 tracks from the Just Dance 2018 console game.

PictoParty is another charades style game and one of the few premium Chromecast games on the list. The UI is a step higher than most of its competitors in this space and it supports up to 15 players at once. That makes it good for a party game. Players can also add new words, set up team games, and share sketches on social media. It worked fine in our testing, but we imagine it’ll have connection issues with more rigorous testing. It seems to be a thing with charade games. Still, it was launched last year and that’s also relatively recent for this list. Puzzle Cast is a jigsaw puzzle game you play on the Chromecast. The game features over 150 puzzles across 12 categories, 20 difficulty levels, and it supports stuff like piece rotation and things like that for added difficulty. You also get a multiplayer mode so other people can help you put the pieces back together. It’s a strong offering and one of the few Chromecast games with a 4.0 Google Play rating or higher. Connection issues and game freezes are the most commonly reported problems with this one. Tankcast is a simple arcade game with a competitive element. You move around the screen and chase down the opposing player’s tank. The controls are rather difficult to get used to. Some actions take way too long and others are way too fast. However, it’s not half bad once you get used to it. The game is free and it’s something a little more competitive than most Chromecast games. Wordcast is yet another word game for Chromecast. However, this one is closer to Scrabble than it is to charades. The board is displayed on the TV for all to see. Each player’s phone holds their letters and controls for play. The game features ten board layouts, a pass-and-play mode, support for well over a dozen languages, and support for up to five players. Google Stadia is probably your best bet for playing games on your Chromecast. You basically buy the controller and connect to the cloud. Stadia sends the gameplay to your Chromecast, phone, tablet, or computer screen and you use the controller to play the game. The platform is live now so you can go and pick up your stuff to get it started here. There are a bunch of games with more to come. This is the best way to play games on your Chromecast even if it’s also the most expensive by far. Here is a full list of games on Google Stadia.

If we missed any great old Chromecast games, tell us about them in the comments! You can also click here to check out our latest Android app and game lists!