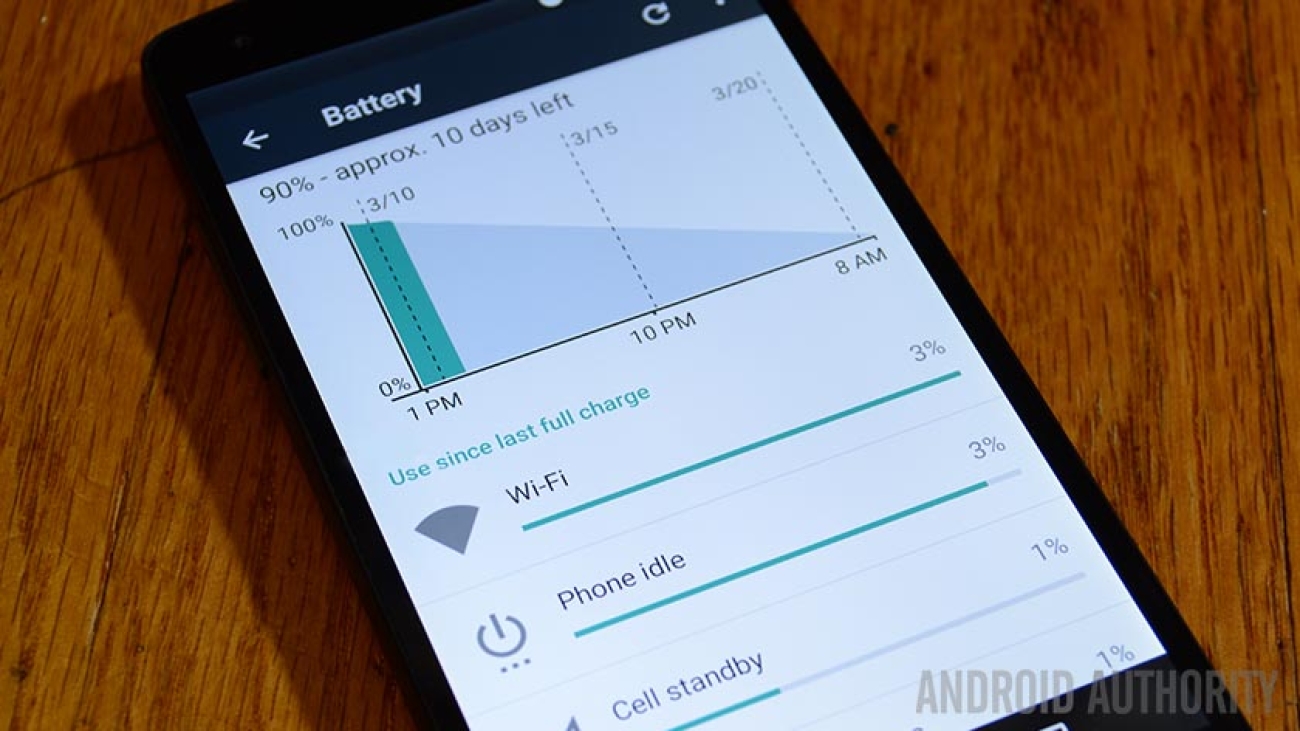 Battery saving is a land of snake oil and half solutions. It truly is difficult to find an application that actually saves you battery since most battery saver measures are manual, including turning the brightness on your screen down, turning down the frequency that apps sync data, and other tried and true methods. In most cases, you see a bigger improvement when you understand what causes battery drain and how to identify and mitigate your biggest causes. Still if you want to try out some apps that might help, here are the best battery saver apps for Android!

Battery Guru is an excellent battery saver app. It doesn’t work like booster apps or service terminators. Instead, it helps you keep your battery health as high as it can be. The app contains notifications for battery temperature limits and charging limits so you don’t wear out your battery sooner. Additionally, there are some battery saving modes that can help reduce battery drain so you charge less often. It has a Doze Mode customization tool so you can make it even more aggressive if needed. However, that last feature requires root or for you to input some ADB commands to give the app permission to do those things. It’s great for power users.

Greenify is one of the most popular battery saving apps. It identifies apps that wake up your phone more frequently. It can also help keep them from doing that so often. The app also has modern features for Android Nougat and beyond with Aggressive Doze and Doze modes. This app is useful for both root and non-root devices. However, you’ll get more functionality and power with root. All of the features are free. There is an optional donate version that runs for $2.99 if you want to support development.

GSam Battery Monitor is another popular battery saver app. It won’t do anything to save you battery life on its own. However, it can provide you with information about the apps draining your battery. You can use that information to improve your own battery life. It can show details on wakelocks, wake time, and even CPU and sensor data. It faced some difficulties with the latest versions of Android. However, you can use an ADB command to give GSam access to more granular app usage stats and other controls. There is also an optional root option if you use a rooted phone, but the ADB option should work for most people, root or not. Naptime is a battery saving app from Francisco Franco, developer of Servicely, which was previously on this list. Naptime helps preserve battery by basically making Android’s native Doze Mode more aggressive while also doing things like disabling sync and other such things while the phone is in Doze Mode. It’s a lighter touch and it uses systems in place that are shown to actually save battery life. It’s mostly for root devices. However, the developer has a short tutorial on how to get it to work on non-rooted Android devices. It’s definitely a power user app, but it’s not terribly difficult to do. Wakelock Detector is one of the best battery saver apps. As the name implies, this app helps detect wakelocks. It can detect both partial and full wakelocks. You can also get a list of all the apps that are causing it. From there, you can take steps to uninstall the apps, find replacements, or use another app like Greenify or Servicely to put a stop to that nonsense. This is the one we’d recommend first to root users.

Android’s native capabilities far outshine what you can find in app form. Doze Mode puts your whole device in a hibernation mode of sorts. Apps can only sync occasionally and in batches as dictated by the OS. Thus, it saves a ton of battery life. App Standby restricts data usage by apps you don’t use very often for additional savings. These are enabled by default in modern versions of Android and you really can’t control them. However, by simply not using apps and by leaving your phone to chill for a while, the modes activate and reduce battery drain by a whole bunch. Google is slowly closing the doors on Android when it comes to stuff like accessibility, developer tools, and the like. Thus, the really good battery saving apps are for root users only. Thankfully, there are some small tricks that improve battery life no matter what device you own. Here are some quick, simple tricks that do actually work:

If we missed any of the best battery saver apps for Android, tell us about them in the comments! You can also click here to check out our latest Android app and game lists!