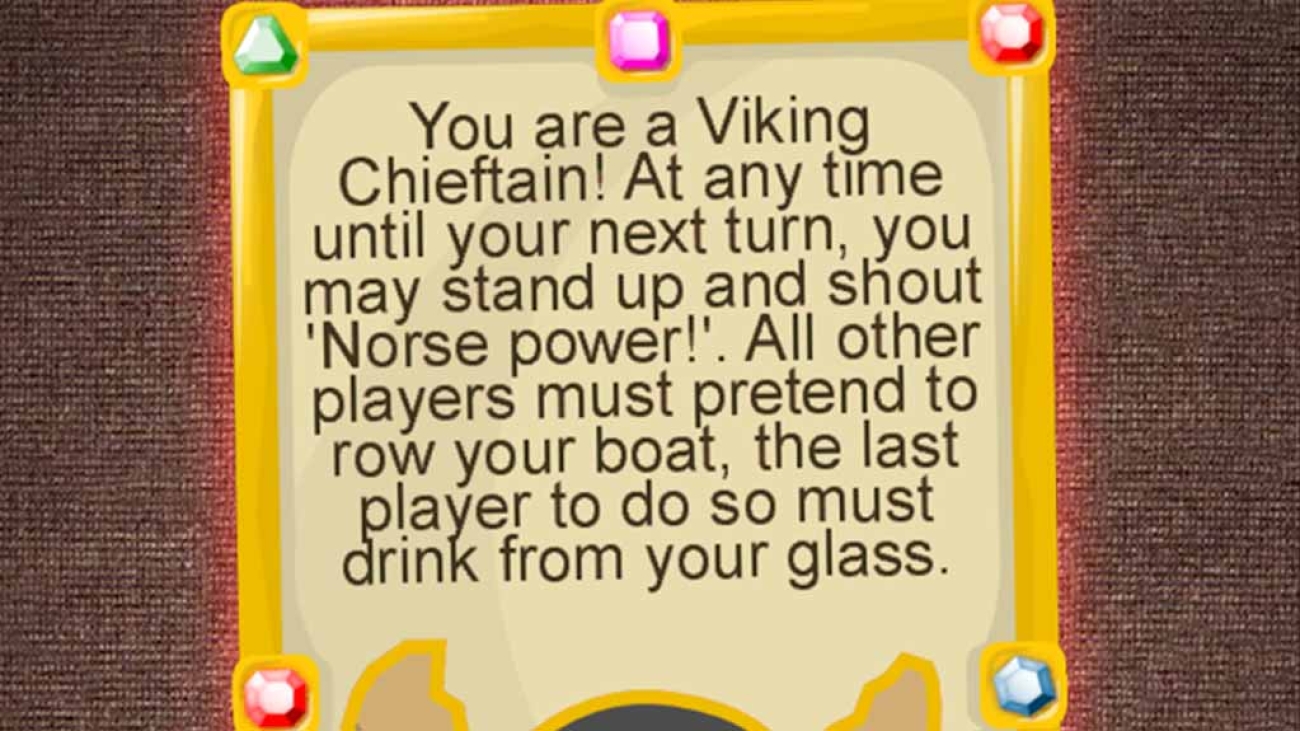 Humans have been drinking for a long time. So long, in fact, that we now have drinking games that you can play to help expedite the process. We’re sure that you know a variety of them already, but you can also find quite a few on mobile. It’s not as hands-on as something like flip cup or beer pong. However, you also don’t have to worry about spilling beer on your deck of cards. Here are the the best drinking games on Android! You can check out some more party games here! We’d also like to give an honorable mention to Card Twister (Google Play link). It has a bunch of classic party games that can easily be turned into drinking games.

Drink! is a decent app. It includes a mix of different drinking games. Some of them include a quiz game, tug-of-war, reaction games, card games, and more. There aren’t a whole ton to choose from. However, there are enough considering that it’s free. The game includes advertising. The developer lets you turn it off after you play seven games. It’s good for what it is. It gets you drinking as well. That’s a win-win. Game of Shots is a pretty decent drinking game. It includes a collection of drinking games that you probably know. That includes Never Have I Ever, Truth or Dare, and others. It even has a drinking version of the popular Minesweeper game. The app also includes a fairly modern design, Each game comes with instructions. That way you can learn the ones you’ve never seen before. The game is completely free with no in-app purchases. It does have advertising, though.

Google Search is probably your best option for drinking games. There are hundreds of them out there and Google can help you find them. This also helps find rules for popular drinking games like Kings or similar titles. Sometimes the best drinking games are still played with a deck of cards, solo cups, ping pong balls, and other props. You can find the rules for all of those games online somewhere. In any case, you know what Google Search does. The app is free or you can just enter your browser and search manually.

Kings is one of the most popular drinking games. It also goes by Circle of Death, Ring of Fire, or King’s Cup. This app lets you play it without a deck of cards. It features a basic set of rules. However, you can customize them to adhere to your house rules if you want. It can have unlimited players as well. That’s really all there is to this one. It’s simple and it works. The free version has ads. You can pay $1.00 to remove them. iPuke is one of our favorite mobile drinking games. It’s a challenge style game. The app provides a challenge and you do it or you drink. It’ll ask you to hold ice in your mouth until it melts, take a drink without bending your arms, and other goofy little challenges. There are over 300 challenges in total and the UI is pleasant and simple. That’s good news because you’ll get pretty tanked while playing. It wasn’t updated for a while, but it seems to be back in active development. We couldn’t be happier. Seven is another drinking game with cards. This one contains over 400 cards. Each one has a task or challenge that players have to complete. It also includes the ability to make your own cards. That gives it an almost infinite level of customization. There are also three game modes, simple controls, and you can add an unlimited number of players. It’s popular because it’s good. The paid version is also inexpensive at $0.99. If we missed any of the best drinking games for Android, tell us about them in the comments! To see our complete list of best app lists, click here.