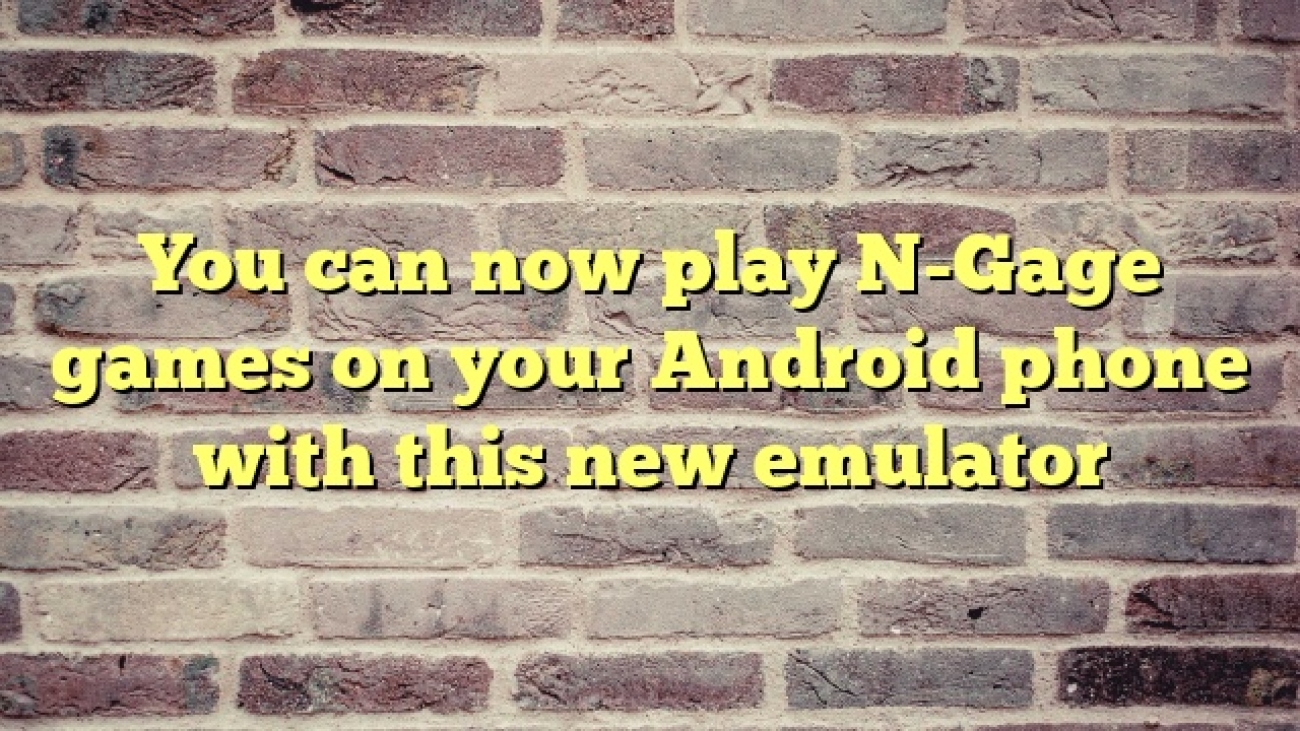 The Nokia N-Gage was arguably the first proper gaming phone around, offering a D-pad, face buttons, and cartridge-based games back in 2003. It’s widely considered to be a commercial failure, but it still had a few interesting titles though.

Now, a Symbian emulator dubbed EKA2L1 has surfaced on the Google Play Store, and it indeed allows you to run N-Gage titles on your current Android phone. According to developer Play Software, the emulator supports Nokia’s ill-fated taco phone as well as Symbian S60v1, S60v3, and S60v5.

User reviews for EKA2L1 suggest that it supports “almost all” the titles released on the original N-Gage, and there were quite a few fascinating titles on the platform. These include games like the original Tony Hawk’s Pro Skater, Pathway to Glory, Red Faction, and Call of Duty.

A notable downside is that you’ll need to download the system files for the Symbian devices you intend to emulate, rather than being able to play Symbian/N-Gage titles from the get-go. Of course, Google is your friend in this regard.

It’s also worth noting that the setup process is definitely more complex than something like GameCube, PS2, and other console emulators. You’ll need to install the aforementioned system files, while running the games doesn’t seem to be a simple case of pointing the app to the proper directory. So hopefully we a far more streamlined setup process in the near future. Otherwise, you’ll need a 64-bit Android device with 3GB of RAM, a GPU supporting OpenGL ES 3.0, and a “good” CPU.

The EKA2L1 developer confirmed that N-Gage 2.0 support is in the works, so there’s hope that N-Gage QD games like Age of Empires 3, Brothers in Arms, Metal Gear Solid Mobile, and Tomb Raider Underworld are playable in the emulator soon.