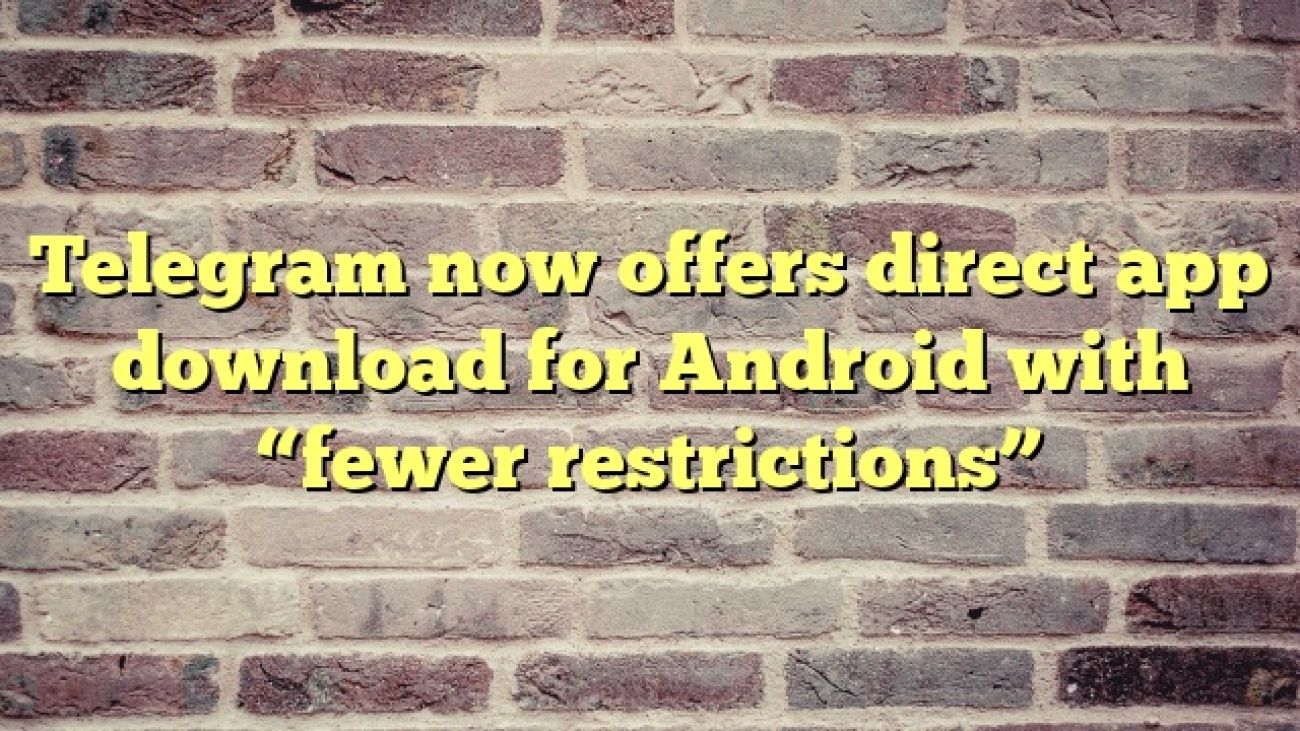 Messaging platform Telegram is now offering a version of its app that can be directly downloaded from its website. This way, you skip the Google Play Store and download Telegram as an APK on your Android phone.

What’s the advantage? Well, Telegram says that its version of the app has “fewer restrictions” than the one offered on the Google Play store. The direct download also receives “automatic updates” as per the company.

Telegram hasn’t specified what it means by fewer restrictions. However, some Reddit users believe that Google blocks access to certain channels on Telegram that it thinks you shouldn’t access. A user even posted some screenshots of channels that have been blocked on Telegram.

A warning on the restricted channels’ page reads as follows:

Unfortunately, this channel can’t be displayed on Telegram apps downloaded from the Google Play Store. While some Redditors point out that the blocked channels belong to radical hate groups that definitely warrant the restrictions, others believe that blocking should be Telegram’s prerogative, not Google’s.

That said, Telegram prides itself on its privacy features, and adding censorship to the mix could cause it to lose its ballooning popularity.

There might also be other restrictions on Telegram’s Play Store version, but we’re not sure what those are. Have you noticed any access issues on the Telegram app downloaded from the Play Store? If so, let us know in the comments section below.

As for the automatic updates, if it works anything like the beta version of Telegram, a pop-up window should show up in the app once an update is available.

Meanwhile, you can head to this page for step-by-step instructions on downloading the Telegram APK directly on your Android phone.