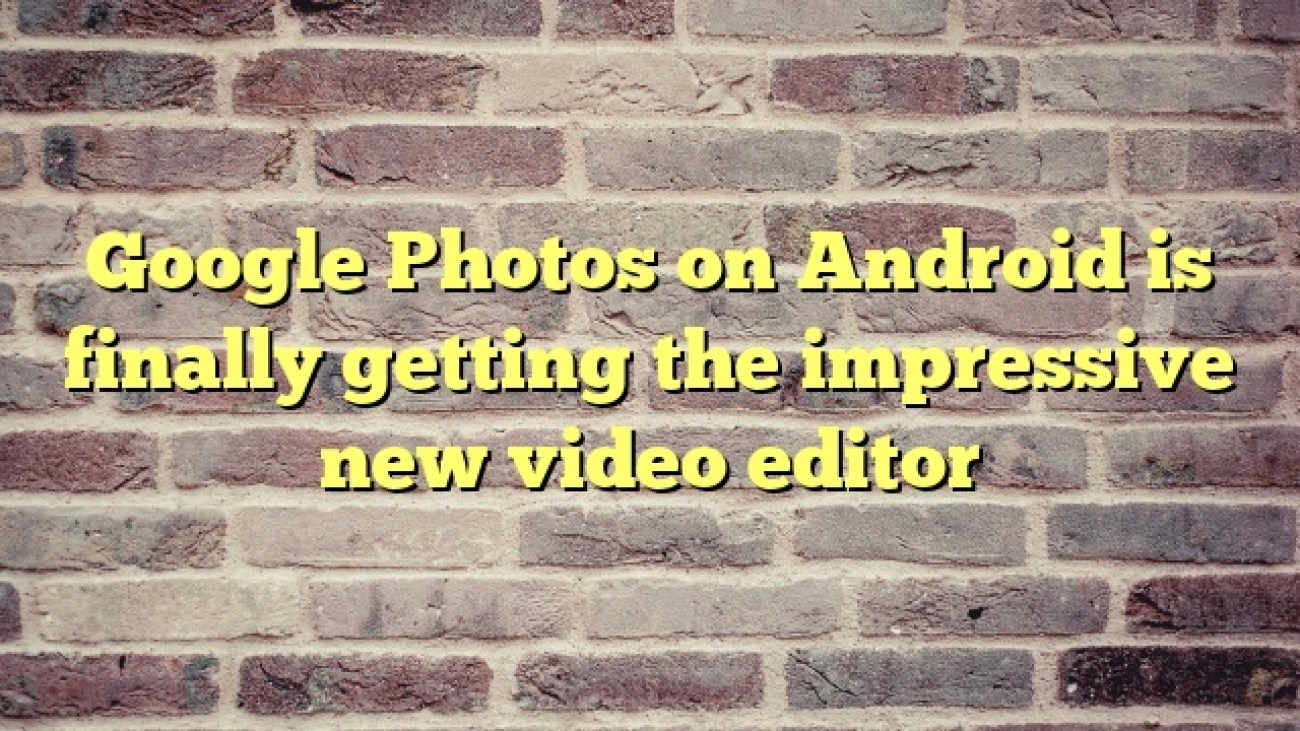 The new video editor lets you trim, stabilize, and rotate your videos, just like its previous version. However, you can also use it to crop the frame, export individual frames, change the perspective, and add filters that are also available as part of the image editing tools.

There are 30 new video editing controls to play with overall. However, you still don’t get the ability to combine two clips like in Apple’s iMovie video editor. Of course, there are many other video editing apps out there for Android if you want more control over what you can do. But it’s good to have more options in Google Photos for those who don’t need professional editing tools.

The new Google Photos video editor is reportedly rolling out as a server-side update to all Android phones, not just Pixels. You can also try and get the latest version of the app (v5.36.0.365895365) from the Play Store to try and force the update.

Once you get the update, open a video in Google Photos and hit the “Edit” button to access the new video editor.