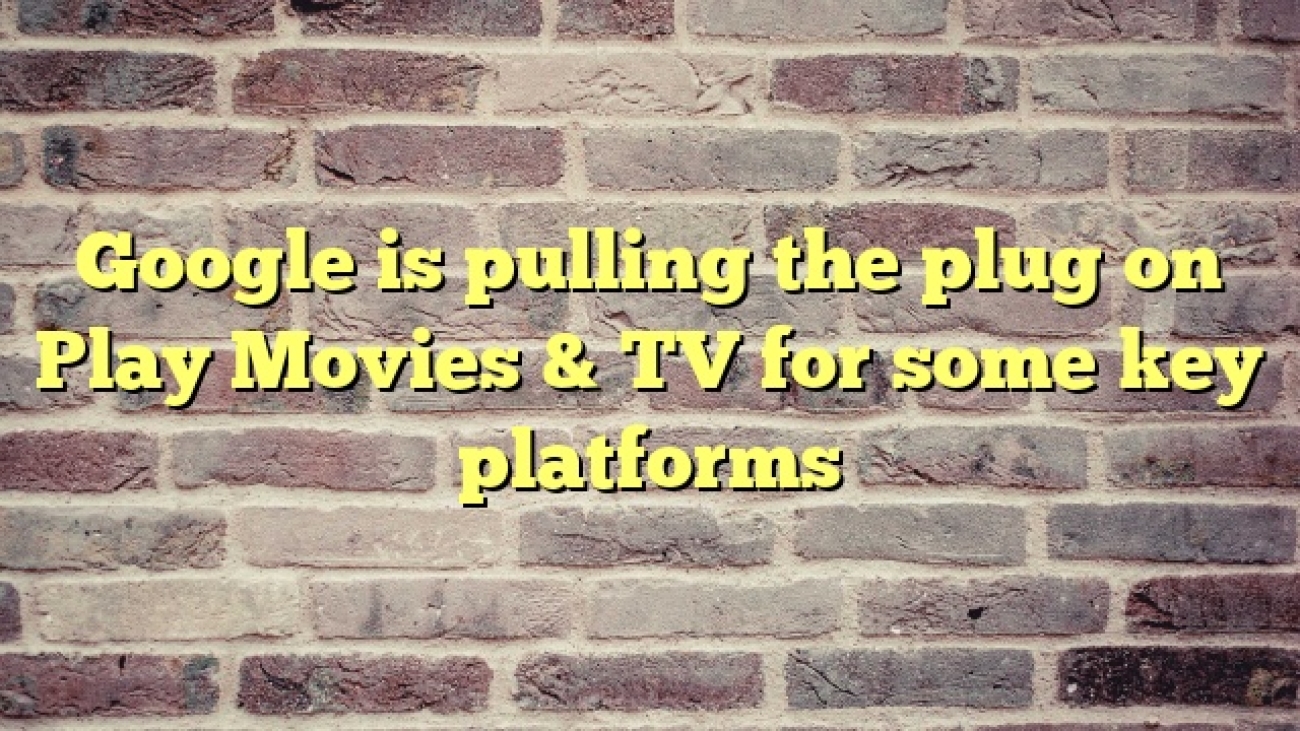 Google Play Movies & TV is set to disappear from key smart TV platforms in the coming months. According to an official email sent to 9to5Google, the app will no longer be available on Roku as well as LG, Samsung, and Vizio smart TVs.

The change will take place on June 15, after which users of the Play Movies & TV app will have to rely on YouTube to access their purchased content and buy more movies.

Google announced the Google TV app last year, which will eventually replace Play Movies & TV entirely. This is also why the new Google TV UI on the updated Chromecast doesn’t have a Google Play Movies app.

It seems Google will still provide access to Play Movies & TV on the Android TV platform, iOS, and Apple TV.  For all other aforementioned smart TV platforms, Google says that previous purchases will be available in YouTube’s “Library” tab under the “Your movies and shows” section. You’ll need to log in using the same account you used on the outgoing app.

The firm also explains that Google Play credits can still be used in the YouTube app. Family Library content will also be available on YouTube, but purchases made on the app won’t be eligible for family sharing. You can, however, purchase content through the Google Play website for Family Sharing.

Google is also offering a $5.99 promo code for one free movie to loyal customers.

Also read: The best streaming services you can subscribe to right now