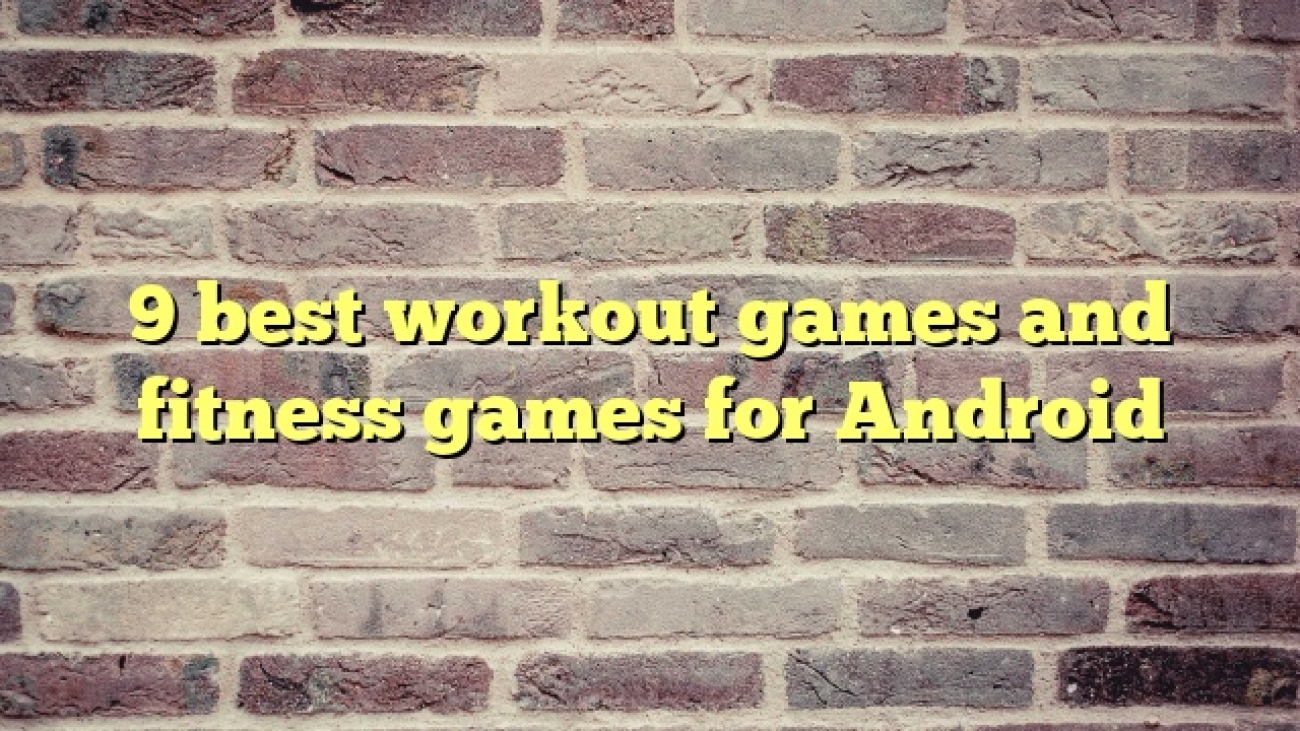 It’s important to work out. It helps you maintain good health, keeps the pounds off, and makes you feel good. However, working out can also be boring. You’re basically doing something over and over again for a long time for benefits you might not see for weeks. Many people pass the time with things like music, podcasts, or working out with other people. Some may need motivation with a little more engagement. We can help with that! Here are the best fitness games and workout games for Android.

For the record, there is actually a whole genre of fitness games for mobile that has nothing to do with the player working out. They are usually simulators where you build a skinny person into a bodybuilder or build a gym or some such thing. This is not a list of those types of games. Every game on this list requires, or at least encourages, the player to work out.

The best workout games and fitness games for Android Achievement isn’t actually a game, but it does a decent job motivating people to work out. The app basically pays you to do fitness stuff. You won’t be able to quit your job or anything, but you should get enough to spoil yourself with something occasionally. Basically, the app keeps track of your various stats, and academics use it as source material for studies. Every time you log your stats, you get points. You eventually trade those points for prizes. Since there are prizes, this totally counts as a game. In any case, the app is free to download and use.

Burn Your Fat With Me

Who’s ready to get into the weird fitness games? Burn Your Fat With Me is a dating simulator with a fitness element. The game plays a lot like a Doctor Layton or Phoenix Wright game. However, instead of building cases or solving puzzles, you’re trying to burn fat. The player works their way through various in-game achievements, such as doing 50 sit-ups in three minutes and progress the story. The visual novel and dating sim aspect is something you don’t see every day. The one linked at the button below is for the fellas, and there is a separate one for ladies. These are two of the weirdest fitness games we found. God bless Japan. CardioCast is a decent all-in-one exercise app. It includes many routines for indoor cycling, yoga, elliptical, and other types of workouts. You can do workouts in 20-, 30-, 45-, or 60-minute workouts, and there are various ways to track your fitness. This one isn’t necessarily a game, but it does give you rewards points for keeping up with your routines. Thus, it’s close enough to work with a list like this. The app has a good layout that is easy to read. It shouldn’t take you too long to figure out everything. Plus, we applaud all app developers that put their subscription costs in the Google Play description. This one is good.

Fitness RPG is, at its core, a simple mobile gacha game. It has the usual stuff like turn-based combat, various heroes to play with, online PvP, and a story to play through. It even has an energy system to limit how much you play. However, you can overcome that limit by walking. The app doubles as a pedometer and gives you free energy to play the game as you walk. You can connect Google Fit or Fitbit to the app, so it doesn’t have to count your steps. The game itself is a bit repetitive and not the most inspiring in the genre. Its pedometer function makes it unique, though, and perfect for a list like this.

Several augmented reality games promote walking around to get stuff. The most popular of them is Pokemon Go. You go outside, walk around, spin Poke Stops for loot, fight other players at gyms, and catch Pokemon. You absolutely cannot play this game at home, and you get more stuff the more you walk around. Niantic has a few other games if Pokemon isn’t your thing, including Harry Potter: Wizards Unite and Ingress. There are also other games in the genre, including Jurassic Park Alive and The Walking Dead: Our World is a full list of them if you want to know more.

Walkr is a hybrid of a fitness game and an adventure game. Players walk around, and the game keeps track of the steps. It then uses those steps to move players around the game universe. The game has 50 planets to discover, various missions to complete, and a goal to help you reach 10,000 steps per day. The missions affect the game world, so you kind of build things as you go. The game worked mostly fine during our testing, but some players filed complaints about the app not always registering steps.

Wokamon is a hybrid between a fitness game and a Tamagotchi-style simulator. The concept isn’t much different from other games on the list. You walk a bunch of steps, and it gives you in-game stuff. Players earn more Wokamons as they walk, and that’s the central premise of the game. The energy they gain from our walking helps save their planet. In any case, it’s a cute little game with a surprisingly small amount of player interaction. You log in, take a walk, and then use the energy for in-game stuff, and that’s about it.

Zombies, Run! is a game for walkers, runners, and joggers. The game starts when you start your exercise and progresses as you cover more distance. There are over 300 total story missions to complete, and many of them have you literally running away from a zombie horde and not finishing the level until you run far enough. It’s one of the original fitness games on mobile, and it took a long time to mature. The subscription cost helps support the developer as they come out with new content. It’s relatively cheap compared to most fitness subscriptions, and we like that. It’s one of the original workout games and one you should definitely try.

Zwift is another cycling game for people with stationary bikes at home. This one is actually a game. You connect your device to Zwift and then quite literally race other players. There are over 1,000 structured workouts, various games, and some other stuff you can do. The upside is that it’s a lot more fun to race people than bike alone. However, the downside is you need some sensor such as the Zwift Run Pod or a Wahoo RPM Cycling and Cadence Sensor to connect to the app. There are multiple products to choose from, but you do need one to use this app.

That’s it for our list of the best workout games and fitness games for Android. Below are some related articles you might want to check out: