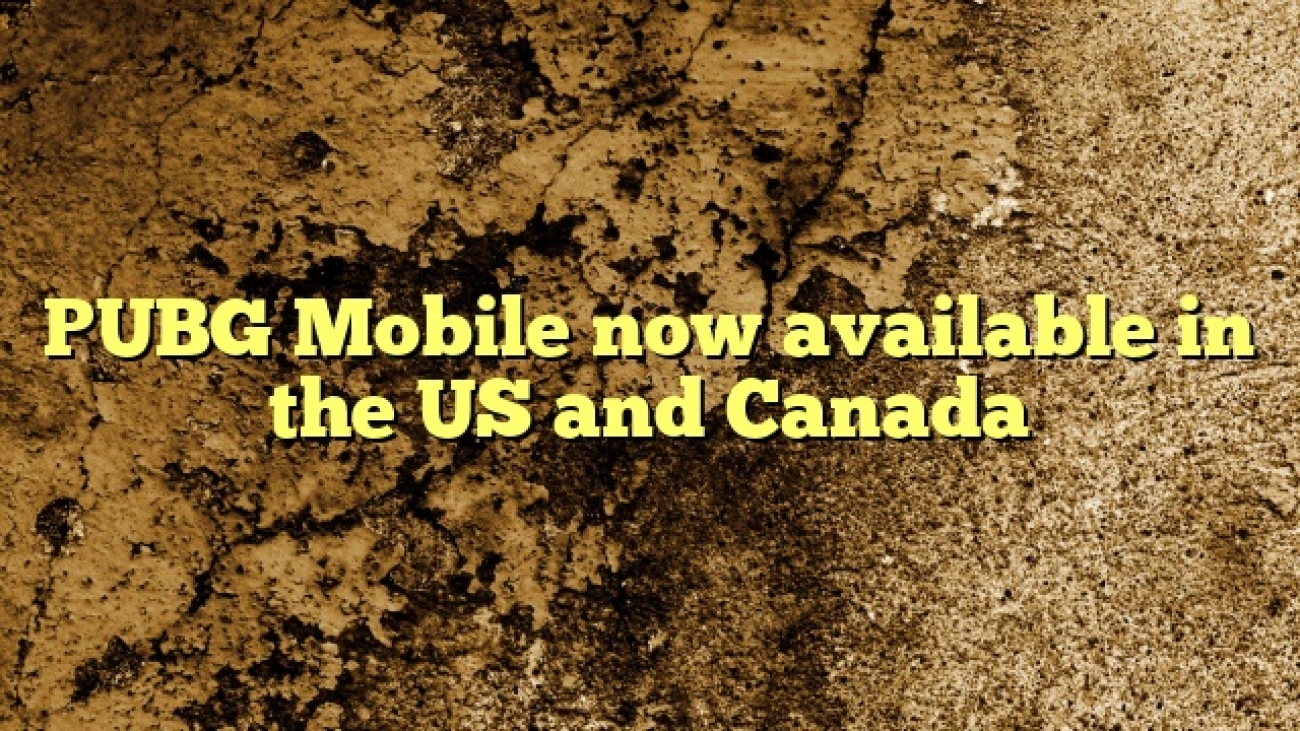 PUBG Mobile, the smartphone and tablet version of the hit PC game Player Unknown’s BattleGrounds (PUBG) is currently available to download and play in the US and Canada. The mobile version was first announced back in December 2017 for the Chinese market. The game was developed by Lightspeed & Quantum Studio, and published by Tencent, under the supervision of PUGB’s original development team, Bluehole.

As with the hit PC and console versions of the game, PUBG Mobile is a battle royale-style of game. It supports up to 100 players in a match, as they are dropped from the sky onto a simulated 8×8 km location. Each player then has to find weapons, vehicles, or anything else he or she needs to kill and survive attacks from the 99 other players, with the goal to be the only one left standing in the end. Since its release, the game has been updated and expanded many times.  In August 2020, the game reached version 1.0 status, introducing revamped graphics, new features, and improved touchscreen controller support.

While the main mobile game continues to be updated, Tencent is currently working on an upcoming spin-off title. It’s called PUBG: New State, and it will be set a few decades into the future, as opposed to the main game’s present-day setting. That means you can expect to use more futuristic weapons and items in the new game. The game is also being developed specifically for mobile devices, which means features like graphics and controls should be optimized for those platforms. There’s no word yet on when the new game will launch.