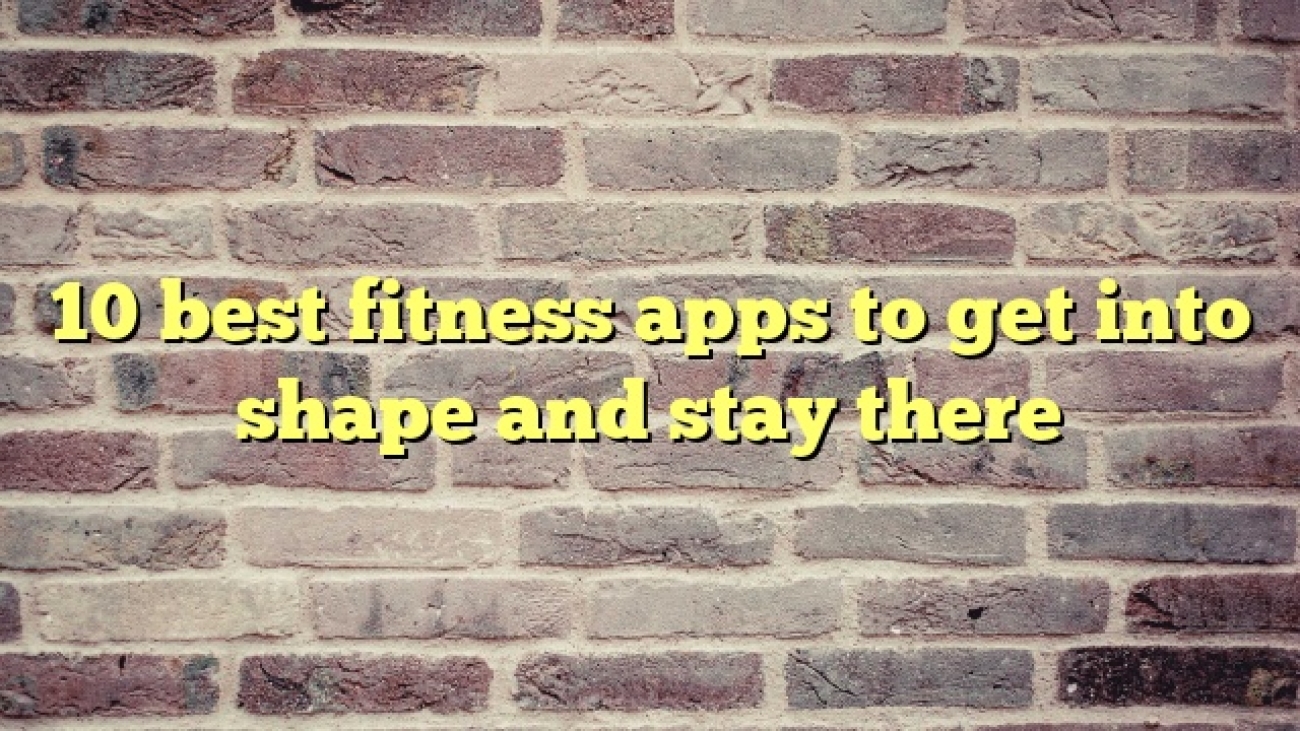 You can’t do much for your body that is better than getting in shape, staying in shape, and working out. It lowers all of the bad things (cholesterol, blood pressure, etc.) and heightens all the good things (muscles, stamina, etc.). Owning a fitness tracker won’t do these things for you, but there are plenty of apps that can help you track it when you do it yourself. Fitness apps have become shocking good at what they do, and some can manage more than just fitness. Unfortunately, they also tend to be shockingly expensive over a long period of time. Here are the best Android fitness apps and workout apps.

The best fitness apps for Android 8Fit is an all-around approach to fitness. It packs brief workout routines for those who want to work up quick sweats during breaks and several recipes for maintaining a healthy lifestyle. It also provides guidance during those workouts, so you know just how many push-ups or star jumps you need to complete in a given time. 8Fit is one of the more pleasant apps to look at, too, but it’s not cheap. An annual subscription will set you back a fair bit, but it might be worth it if you’re looking for a more holistic fitness solution.

Centr is a fitness app backed by Chris Hemsworth for those who want to train like Thor. It offers several workout programs covering multiple disciplines like Pilates and HIIT. These programs are developed by Hemsworth’s own personal trainer and others field professionals, too. Beyond building and toning muscle, Centr also features mindfulness courses, a meal planner, and plugs into Apple’s HealthKit if you own an Apple Watch. The app’s monthly subscription rate is far from cheap, though, but it does pack a seven-day trial.

JEFIT is a workout trainer and tracker app. It functions well for most fitness routines. However, it leans towards bodybuilding a little more. This one features cross-platform support between your phone and the web. You also get various tools such as a rest timer, interval timers, a body measurement log, and a workout schedule planner. Plus, you get access to JEFIT’s database of over 1,300 workouts. They have both beginner and advanced workout routines and more. It’s a tad expensive, but it’s probably expensive to maintain that database. MapMyFitness packs a slew of workouts for beginners and experienced individuals. Users can pick from programs design by Under Armour specialists that target specific muscle groups. Training plans can also be developed in tune with your goals and fitness levels. MapMyFitness, being an Under Armour app, plugs into the company’s wearables and other devices to provide enhanced metrics and workout tracking. As with its contemporaries, Map My Fitness requires a monthly subscription fee, but it’s a lot cheaper than other apps. MyFitnessPal is one of the most popular fitness apps on mobile. It does a little bit of everything. It bills itself as a calorie counter app. The app supports stuff like various diets, foods, and macros if you’re into that stuff. It also tracks basically any exercise, connects to dozens of other devices and apps, logs and tracks your progress, and it even has little things like workout timers and step tracking. It’s expensive at $9.99 per month. However, there are few fitness apps or even diet apps with the depth and integration that MyFitnessPal has.

Nike Run Club is an excellent running app. It does all of the basic stuff. You can track your runs and run stats and customize your routines. This one also includes audio-guided workouts, achievements, and leaderboards to keep track of your accomplishments and such. This would be an above-average running app on its own anyway. However, this one is also entirely free, which elevates it above most of its competition. Other apps have more features, but if you want the basics and don’t want to pay anything, this is the one for you to try. Runtastic (by Adidas) has one of the best running apps on mobile. The developers have spent a good portion of the last couple of years adding to their collection. Runtastic now maintains apps for water intake reminders, a HIIT workout planner, and healthy food recipes. There are individual exercise apps for things like push-ups, cycling, and pull-ups. It rounds it all out with a sleep tracker app and even an individual timer app. They all worked well when we tested them. Some of them have single costs, some are free, and some fall under Runtastic’s monthly (or yearly) subscription. There are a ton of fitness features in these apps. Seven is an excellent app to hone your fitness, especially if you’re crunched for time. As you likely gathered, the app centers on the concept of seven-minute workouts and takes a light-hearted and gamification approach to these. Need some motivation? Workout trainers include drill sergeant and cheerleader characters. The app also features several social features allowing users to share progress or garner motivation. Seven is a smart concept, but you’ll need to fork out a fair amount to enjoy it monthly. Shred takes fitness a little more seriously. It packs some gym training routines for those who want to tone up, build bulk, or improve their cardio. The app packs several home workout routines for those at home, including dumbbells, kettlebells, and other equipment. Overall, Shred seems better suited to those who want to push themselves a little further. The app helps with this, too, as it keeps tabs on your progress over the past week and month. If you’re completely stumped, the app will also recommend various routines too. Like most fitness apps, it’s not cheap. Strava is a super popular and versatile fitness app for runners and bikers alike. The app records runs and rides and lets you can revisit them with additional stats and metrics. The app also keeps tabs on real-time data during these activities, including distance covered, estimated calories burned, and more. If social features are your thing, the app packs those too. We’d recommend looking elsewhere for an app if weight-lifting, body-building, and floor training are exercises in your scope. But Strava is a strong addition to your arsenal, especially if you’re considering jogging or hiking routines.

That’s it for our list of the best Android fitness apps. Below are some related articles you might want to check out: